He was born Oct. 30, 1949, in Webster City, Iowa, to Clifford and Dorothy Roe. His parents and family lived in Webster City many years and later moved to Albert Lea. 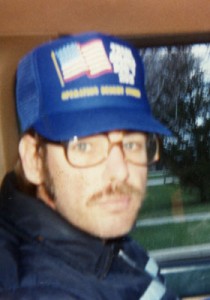 Don was married on May 20, 1974, to Julianne Spark and later divorced. He then married Sandra L. Tischler in 2004 and later separated.

Don was a member of Zion Lutheran Church. He served in the Army during the Vietnam War and was awarded the Purple Heart. He worked at: Land O’Lakes, Benson Optical, Farmstead Foods, Guardsmark Security, St. John’s, Joe T. Taxi and Crest Services.

He was looking forward to his new grandchild.

Don’s parents preceded him in death.