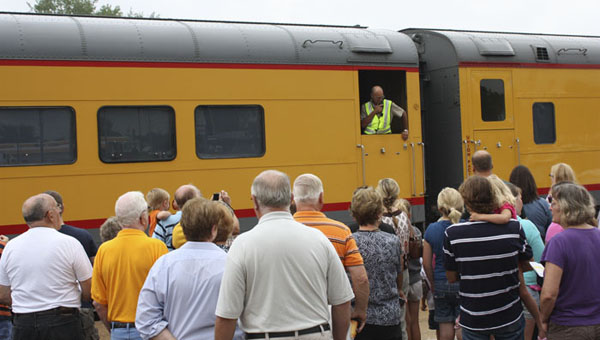 Operation Lifesaver is a resource created to educate people on railroad safety. The program was started 1972 and has aided in significantly in reducing the national average of collisions at highway-rail crossings from 12,000 per year in 1972 to less than 2,000 per year in 2009. 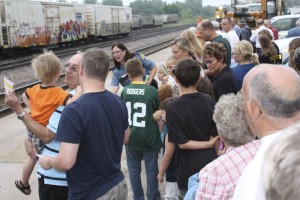 Mary Schroader with the Albert Lea Police Department organizes the crowd of passengers waiting to board a Union Pacific passenger car on Tuesday as part of Operation Lifesaver. -- Crystal Miller/Albert Lea Tribune

According to Union Pacific train conductor Eric Darland, the Federal Railroad Administration reported 245 fatalities in 2009 for highway-rail crossing incidents. Higher fatalities are reported under trespassing; in 2009 there were 434 trespass fatalities. Darland reminded passengers that railroad companies own train yards, the train track and 50 feet on either side of a train track. High trespassing laws have been set around these areas for public safety.