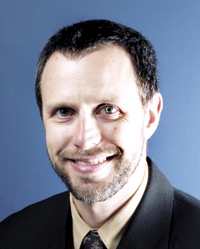 The police investigation related to the charges brought forth against former Freeborn County Commissioner Linda Tuttle imply she spent $2.4 million on slot machines at Diamond Jo Casino between February of 2008 and June 2 of this year.

However, it should be noted that the figure is not merely net losses. A large portion of that money she had won gambling and played it again, making the amount she spent seem grander.

The police report says she “played in” $2.4 milllion and “played out” a little less than $2.1 million, giving her a $309,000 deficit. “Played in” means the amount of coinage she plunked into the slots, and “played out” is the amount the machines gave to her. The terms are synonymous with “coin in” and “coin out.”

Still, that $2.4 figure, when you read it, is enticing. While I was writing the initial story, that number made me stop. What could I do with $2.4 million if I could not keep it? It’s like one of those questions the makers of the game of “Scruples” come up with.

Even later, I wonder the same thing. Here is my answer:

I would spend some of it to help Geri Murtaugh’s family get through this trying time.

If I have to spend it, I suppose to be fiscally sound, I would spend most of it on myself. I would take a portion of it to upgrade my Dutch Colonial-style home. Hmm. Remove the wallpaper. Paint the walls. Paint the outside. Install new bath decor. Replace the carpet. Get a dishwashing machine. Add a deck. Plant a few trees. Kill a few weeds. Install a new roof. Pour a new driveway. Phew! And I would keep my Ford Ranger, but I would give it some love to ensure it stays on the road. And I would invest a bunch of it — does that count as spending? — and with the rest I would start a coffee roasting business here in Albert Lea with perhaps two locations to drink gourmet coffee.

Or maybe I should start a brewery? Decisions, decisions.

And then using proceeds I could give some to charity, such as the United Way of Freeborn County and my church.

Or maybe I should just invest it and do my level best to live off the proceeds for life. Yes, that sounds like a good choice.

OK, but if I could not spend it on myself and I had to spend it fast, I would do this:

In addition to helping the Murtaughs and the United Way and my church, I would turn the old Walmart into an indoor disc golf arena so people in the region could play the sport easier in the winter when it’s cold, or even in the summer when it gets super humid. The local disc golf club would become a nonprofit organization and run it. Yes, it’s a crazy idea, but these are just thoughts about crazy things to do with money anyway, right?

Maybe I could use the money to buy land on Albert Lea Lake on the shore to the east of Myre-Big Island State Park and then donate it to the state to add the land to the park, ensuring it never gets developed and that this part of the lake remains the beautiful sanctuary it is.

Or maybe I could just set up a foundation to bolster the city parks. Some cities have parks foundations, usually in bigger places. But it would be nice to set one up for Albert Lea’s 44 wonderful parks. Well, 44 give or take a few. The foundation would help with the cost of equipment and upkeep. For instance, the Parks Department can’t afford to burn the prairie at Bancroft Bay Park. The mowing crew just mows the long grass once a year instead. A foundation would bridge those gaps.

What would you do with $2.4 million if you could not spend it on yourself?