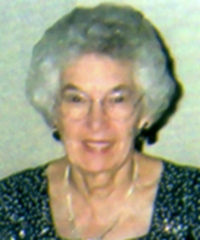 Marie was born December of 1931 in Gordonsville to Harold and Nellie Rabe. She spent her childhood on a farm outside of Gordonsville where she was active in 4-H and riding horses on the family farm. The family moved to Northwood, Iowa, in March of 1946 where she attended high school. Marie later attended night classes at NIACC and graduated with honors. Marie married Dale Perry, of Northwood, in July 1948. The family moved to Lake Mills, Iowa, in the fall of 1968 and in March of 1984 Marie moved to Albert Lea where she managed the A-Lea apartments for 25 years.

Marie was an active member of the United Methodist Church, involved in Mission Outreach, Martha Circle, and served as Communion Steward for many years. Marie enjoyed many activities including bowling, downhill skiing, traveling and doing volunteer work. She loved to dance and was an active member of the Albert Lea, Austin and Owatonna Singles and Solos groups as well as the Eagles and Elks clubs of Albert Lea.

Marie was preceded in death by her father, Harold; mother, Nellie; brother, Lyle; grandparents; and a brother-in-law.

Marie’s only “complaint” in life has been that there wasn’t enough time to do all the wonderful and interesting things in life and spending more time with the grandchildren and great-grandchildren.

Marie was dearly loved and will be missed by all.

Visitation will be at Bayview-Freeborn Funeral Home in Albert Lea today from 5 to 7 p.m. with funeral services at United Methodist Church in Albert Lea on Saturday at 1:30 p.m.