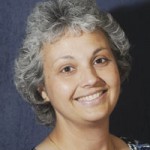 Having successfully fought off breast cancer two years ago, she had recently been diagnosed with cancer in her spine, pelvis, liver and brain. She had been at the hospital for a little over two weeks. She died on her 24th anniversary of working at the Tribune.

Murtaugh, 48, began at the Tribune in August of 1986, starting first as a reporter and progressing to city editor, editor, lifestyles editor, then assistant editor.

She used her maiden name, McShane, for her byline. She could often be found writing stories about arts, entertainment, religion and even other people similar to herself who were battling cancer or illness. She handled a large share of the pagination responsibilities, and a lot of her work entailed taking submitted material from readers — check passings, engagement announcements, event briefs and such — and getting them into print.

She was also a common face of coverage during the Freeborn County Fair.

“She was a very talented, extremely good journalist,” said Tribune writer Ed Shannon, who worked with Murtaugh for her entirety at the newspaper.

Though she most often wrote features, she had the ability to write hard news, too.

“She enjoyed life and took everything in as much as she could,” said Tom Jones, who also worked with Murtaugh until 1997 at the Tribune.

Jones said he recalled an experience with Murtaugh when there was a chocolate chip cookie contest with the employees at the newspaper. She joked with him that his cookies looked like muffin cookies, he said.

He noted he learned from Murtaugh to “have fun while you work.”

“Geri Murtaugh will always be a huge part of our Tribune team,” said Scott Schmeltzer, the newspaper’s publisher. “Our hearts are saddened by this loss, but at the same time filled with love for being able to have the privilege of working with such a giving and generous individual.”

According to Murtaugh’s Caring Bridge website on Sunday, her family thanked the community for the thoughtful words and responses that came following the news of her death.

“Even as sick as Geri was, we did not expect her decline to progress as fast as it did,” the family stated.

Doctors had removed her respirator earlier Saturday afternoon and the doctors felt she could breathe well on her own, while still receiving oxygen assistance.

“She was surrounded by family in the room when she suddenly took her final breaths and left us peacefully,” according to the site.

The family hopes to get a further determination as to what happened and why Murtaugh’s condition weakened so quickly, the site continues.

“Our thoughts now will be with Mike, Tierney, Erin and the entire extended families as they go through the challenge of dealing with the loss,” Schmeltzer said.