Sheriff’s duty is to collaborate with many

I believe people have realized that the Freeborn County Sheriff’s Office is not excelling and is not providing the highest quality service that the residents deserve. I encourage you to look into the issues that are affecting Freeborn County, as a whole, that have been brought forth by the other candidates for office. For example, there are concerns about the effectiveness of current emergency and resource management, management of personnel, consistent and trustworthy leadership. I believe I am the one who can provide the necessary leadership to bring the stability, effectiveness and consistent protection back to Freeborn County. I have had the privilege to serve as a deputy to the rural communities and as an officer to the city of Albert Lea. These opportunities have helped me understand the concerns of the rural communities, as well as the residents of Albert Lea. 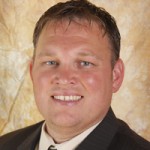 My top priority as your sheriff will be to create effective leadership. The starting point for this effective leadership will be with the current staff. We will build a solid team of individuals with a wide variety of experience and education. Freeborn County is not protected by one individual but by a motivated team that has Freeborn County as its top priority. One of my primary concerns is that the leadership now in place is not motivating the current law enforcement personnel to perform at their highest abilities. Furthermore, leadership goes beyond working with personnel, to working with community leaders and the residents of Freeborn County. For example, there is a great deal of confusion surrounding the Immigration and Customs Enforcement contract. This is a prime example of the lack of ability to clearly communicate the risks and benefits of this contract. It is the sheriff’s job to communicate the details of the contract to the staff and community while building support for it.

Collaboration among local agencies and communities is another top initiative I will pursue. My ability to interact with a variety of community entities will provide an avenue of collaboration within those agencies. I will provide a channel of communication between each city’s government and residents of the communities to the Sheriff’s Office. I have received training for community policing through the Albert Lea Police Department that will be the guide to enhancing communications between the community and the Sheriff’s Office. The key results of increased collaboration will be more effective emergency response and better resource management between all local agencies.

I will provide diligent leadership that will bring financial accountability. The current economic standing of the state of Minnesota requires fiscal responsibility for all government agencies including the sheriff’s department. As an example of financial accountability, I will work toward the reduction of overtime costs and assuring all processed fees are accounted for through the Auditor/Treasurer’s Office. Restructuring of the current staff at all levels will make the Sheriff’s Office more cost effective and efficient without loss of jobs.

Mark Harig deserves credit for drug enforcement under his administration. However, it is time to improve upon enforcement through drug education within Freeborn County. Drug education and enforcement will definitely be priorities under my administration. Further education will deepen community awareness, which leads to the law enforcement and communities working together to eliminate drug problems. I want my children to grow up in a county where they understand the consequences of drug use and develop a respect for law enforcement. It is through education that lasting relationships and trust can make the difference.

Please take time to educate yourself and vote in the primary on Aug. 10. I can be contacted by e-mail at merkouris4sheriff@gmail.com or go to www.ryan4sheriff.com.

Ryan Merkouris is currently a patrolman with the Albert Lea Police Department. He can be reached at merkouris4sheriff@gmail.com.