The third season of HBO’s hit series “True Blood” is racing right along. Creator and producer Alan Ball (“American Beauty” and “Six Feet Under”) has brought the fictional town of Bon Temps, La., (pronounced bon tont) vividly to life where telepathic waitress, Sookie Stackhouse, has fallen in love with Bill Compton, local vampire. At the end of season two, Bill was vampnapped after proposing to Sookie leaving us viewers with a cliffhanger. Bum. Bum. BUM. 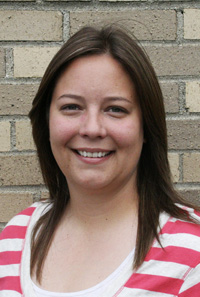 The problem with “True Blood’s” season two ending…was…the…wait. After eight and a half months of suspense and late night ponderings (trust me when I tell you that late night is the best time to ponder happenings of Bon Temp) the premiere was a letdown. The characters picked right up where I saw them last with no acknowledgement of the suffering of separation I had gone through. They could have sent flowers with a cutely written “we’ve missed you” or “sorry we didn’t call for eight months” card attached to acknowledge my fervent expectations.

Picking up the narrative thread at the same moment they left last September meant that everyone was a hot mess of crazy. The seamless storytelling is one of this series’ strengths when viewed as a whole, but it has to allow for narrative episodes that are occasionally boring. We live in a Jack Bauer world of ticking TV; “True Blood” breaks from the hurried plots and stand alone episodes common today to tell a more complex mythology. Similar to “24,” the format is new weekly episodes but long waits between seasons; it’s the McRib of television. And I am one hungry viewer looking to be sated.

The show is based on the Sookie Stackhouse novels by Charlaine Harris. The 10th installment, “Dead in the Family,” was released on May 4. The Stackhouse universe (TV and novel) mixes the supernatural with drama, mystery and romance. Harris puts a new twist on the vampire story by having them come out publicly when synthetic blood is created in Japan, aka True Blood. Bon Temps is a microcosm of human reaction to a major shift in perspective. Not only are vampires and werewolves real, they want to own businesses, get married and serve in the military. History has shown us the fight for equal rights is messy and violent, and is even more so when sides are divided into prey and predator. Harris cleverly uses her satirical commentary to take on politics and religion in a subtle way by making it about a race of non-existent creatures. This method is the meat and potatoes of the science fiction genre. “District 9” and “Avatar” both recently employed it with aliens instead of vampires.

Harris and Ball are in a good news/bad news situation. The good news is that vampires are a hot commodity; which might explain why “True Blood” is HBO’s biggest hit since the “Sopranos” and “Sex and the City.” The bad news is that the young adult demographic that made vampires so popular is not the same audience that watches “True Blood.” This is not a family show, but knowing it airs on HBO sort of makes my statement redundant. “True Blood” has borrowed the sexiness from “Sex and the City” and the violence of the “Sopranos” to engage men in a show about vampires. Not a small feat when “Twilight” vampires make them run in the opposite direction laughing. The sensitive vampires popular today are defanged. “True Blood” gives them back their bite.