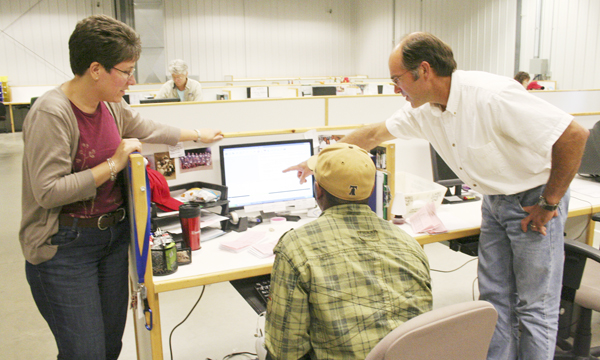 Agilis is adding more than 50 employees going into the holiday season, as business increases for the nonprofit organizations they work with. -- Michelle Haacke/Albert Lea Tribune

Despite what’s widely considered to be a down market, Albert Lea-based Agilis is adding over 50 temporary positions going into the fourth quarter.

According to Patty Tewes, Agilis founder and president, these are seasonal positions, added for fourth quarter 2010 and first quarter 2011. 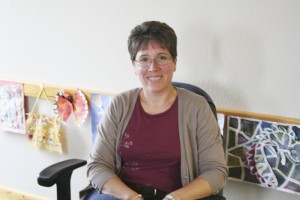 “Most nonprofits do the majority of their campaigns in the fourth and first quarters of the year, which increases our workload,” she said.

Agilis provides backend office operations to nonprofit organizations. Their services include data entry, updating and maintaining database systems for nonprofits, shipping out back-end premiums and digitizing materials to be loaded into databases, just to name a few.

“Have you ever received mail from an organization that you didn’t want?” asked Bryce Gaudian, development manager. “Say you want to continue to get mail from them, but not quite as many mailings. We’re the ones who would make that change in the database.” 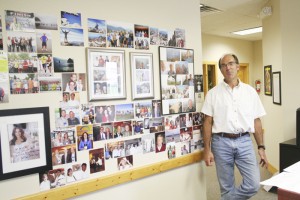 Bryce Gaudian is proud of all the friendships and partnerships he’s made through his work with Agilis. -- Michelle Haacke/Albert Lea Tribune

Since Tewes founded the company in 2004, Agilis has grown from eight employees to 125. The addition of 54 seasonal jobs will bring the tally to 175 going into fourth quarter.

“The unique thing is that some people just like having a job from October through March,” said Tewes. “We have farm wives who are busy with planting and harvest, and then in the winter they like the team camaraderie.”

Others, she said, are mothers who like to have summers off to spend with their children, and some are “snowbirds” who work up through the holidays, and then go south for the remainder of winter.

“We see a lot of the same people who come back every year,” Tewes said.

As the company continues to grow, many of these temporary positions have the potential to turn into permanent placement.

“My responsibility as development manager is to form more partnerships, so that by the time the fourth and first quarters are done, we have more clients, and more of our employees move into that workload,” said Business Development Manager Bryce Gaudian.

Gaudian said that last month, they landed three new clients and the potential to grow is “off the charts.”

He credits Agilis’ advanced technology for allowing the company to work so fluidly with its clients. He also said these nonprofits are able to outsource the services Agilis provides for less cost than it would be for their clients to do these things internally.

“Donations are their lifeblood,” he said. “We provide a more efficient and cost effective for their back-end operations. They have more of their financial lifeblood into their mission.”

“We are able to send thank you letters out to donors from nonprofits in just 24 hours,” he added. “Internally or using volunteers, it would take them three to four weeks to get these out. That has a huge effect on our donor relationship with nonprofits.”

About these new positions, however, there is one catch.

“There are not just filler positions,” Tewes said. “You have to care about your work. It’s about pride and dedication in your work.”

Tewes and Gaudian agree that their solid reputation in the nonprofit world is due to employing people who possess hard Midwestern work ethics and values.

Tewes said that many Agilis employees become actively involved in nonprofits and community efforts after they are hired.

Another advantage over its competitors, according to Gaudian, is its flexibility.

“We’re hoping to create a company that provides a stable and wholesome work environment, and provide jobs for people here in Freeborn County,” said Tewes.

“Probably the most unique thing is that all of our clients are the most phenomenal to serve, because their missions to help those less fortunate brings tears to our eyes,” she said. “The amount of good they’re doing around the world is extraordinary.”