Construction under way on Main Street 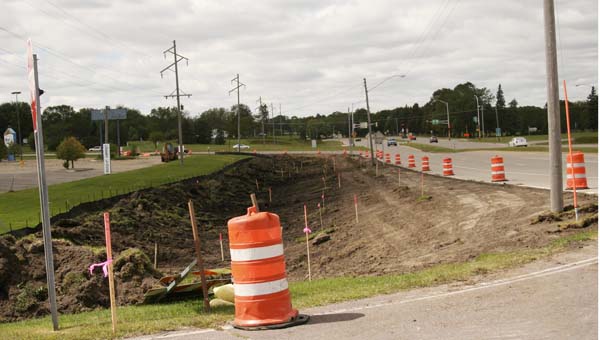 Motorists and pedestrians could experience brief traffic delays for the next month along West Main Street in Albert Lea as crews aims to fill gaps in the pedestrian sidewalk system and upgrade several sidewalk ramps.

Because Main Street is a state highway, the project is under the direction of the Minnesota Department of Transportation. Minnesota Highway 13 begins at the intersection of Main Street and Broadway Avenue and shoots westward to the junction with U.S. Highway 69 before taking its northerly route to places such as New Richland, Waseca and New Prague.

The project costs about $166,000, and the contractor is Haselton Construction of Faribault.

Hernandez said crews are repairing pedestrian ramps to make them compliant with the American Disabilities Act. The effort to put in the new sidewalks was encouraged by the AARP/Blue Zones Vitality Project in Albert Lea in 2009.

MnDOT officials are urging motorists to drive with caution, slow down in work zones and never enter a roadway that has been blocked with barriers or cones.

Hernandez said there will be intermittent lane closures, but they shouldn’t impact traffic too much because it is a four-lane highway.

For statewide travel information, people can visit www.511mn.org, call 511 or log on to www.mndot.gov.