Funeral services for Douglas Eugene Williamson, 59, of Federal Dam, formerly of Glenville, will be held at 2 p.m. Monday at United Methodist Church in Albert Lea. The Rev. Debra Miller will officiate. Interment will be at the Greenwood Cemetery. Visitation will be from 4 to 7 p.m. Sunday at Bayview/Freeborn Funeral Home and one hour prior to the service at the church. To sign the guest book, go to www.bayviewfuneral.com. 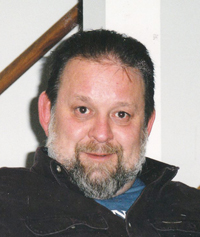 Douglas Eugene Williamson was born on Nov. 7, 1950, in Albert Lea to Donald and Evelyn (Tostenson) Williamson. He grew up in Glenville and graduated from Glenville High School in 1969. Douglas went into the United States Army after high school serving in Vietnam with the 173rd Airborne “The Herd.” In 1970 Doug was wounded in combat, earning a Purple Heart. He was also awarded the Air Medal, a Bronze Star, and several other commendations. Douglas was paralyzed from his injuries and spent the remainder of his life in a wheelchair. He was a life long member of United Methodist Church in Glenville. Douglas moved to Chisholm where he lived for 20 years, then, lived in Federal Dam for the last 10 years. He was a member of the American Legion and the Order of the Purple Heart. He was also an honorary member of the Blue Knights Motorcycle Club. Douglas enjoyed traveling, hunting, fishing and playing cribbage. One of his proudest accomplishments was being able to make a solo trip to Alaska on his motorcycle in 1981. Doug’s family and friends were very important to him especially his nieces and nephews. Blessed be his memory.