The memorial service for Joseph Henry Kortz, 84, of Albert Lea, will be held at 1 p.m. Friday at Bonnerup Funeral Service, 2210 East Main, Albert Lea. Interment with Military Honors by Albert Lea Veteran’s organizations will be in St. Theodore Catholic Cemetery. Friends may visit with family one hour before the service at the church. 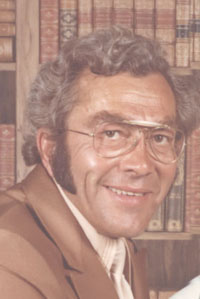 He was born on Feb. 15, 1926, in Mankato, the son of the late Ruth (Will) and Henry Kortz. He graduated with the Albert Lea High School Class of 1944, where he was a member of the track team. Joe served his country honorably in the United States Navy, in both WWII and the Korean War. After attending boot camp at Farragut, Idaho, in 1944, Joe was assigned to the USS Mountrail. He was honorably discharged on May 24, 1946; he re-enlisted and served two years in the Korean War. Joe was proud to serve his country. Joe was the heavyweight champion in the Upper Midwest Golden Gloves Boxing Tournament in Winona in March of 1948.

Joe was proud to have served as an Albert Lea police officer. He wore Badge No. 8, from 1954 until 1962 when he retired due to a disability. He was also employed by Streater in the wood shop.

Joe enjoyed cars, fixing things, riding motor cycles, talking and listening to cop stories and most of all, being with his family. He will be greatly missed.

Memorials may be sent to Crossroads Community Hospice, which Joe so greatly appreciated.