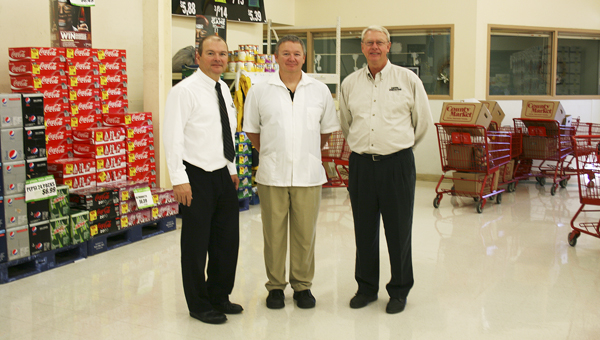 Expansion, relocation to start this week at Nelson’s Market Place

No more waiting in line.

That is the ultimate goal of the relocation and expansion project at Curt’s Pharmacy in Albert Lea, slated to begin this week.

“We’ve been voted the No. 1 pharmacy in town, but I’m not sure for how much longer we would get that without this expansion,” said owner Curt Clarambeau. “Our clientele has grown so fast, and during the after-work rush, we’re always four to five people deep in line.” 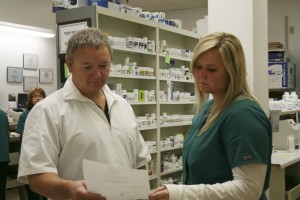 Owner Curt Clarambeau confers with one of his technicians in their 360 square foot space inside of Nelson’s Market Place. -- Michelle Haacke/Albert Lea Tribune

Curt’s has been in a 360-square-foot space tucked inside the front east end of Nelson’s Market Place for nearly seven years.

“Curt’s is one of our best draws, especially as people are becoming more conscientious about their health,” said Casey Connor, store manager of Nelson’s. “But people come in and ask where the pharmacy is. You shouldn’t have to point your pharmacy out.”

The new location will still be near the front of Nelson’s, at the west end instead of the east. Patrons will simply walk into Nelson’s main entrance and take a left instead of a right.

Connor’s office and the employee break room will be moved to accommodate Curt’s relocation. 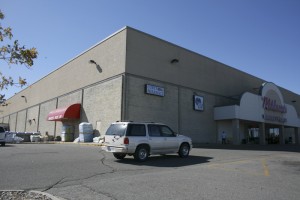 Expansion plans at Curt’s Pharmacy will move it to the west end of Nelson’s Market Place and will install a drive-up window outside. -- Michelle Haacke/Albert Lea Tribune

The expansion will more than double the size of the pharmacy, taking it to 800 square feet of store space, plus an additional 800 square feet on the second floor for office space and storage.

The project will allow the pharmacy to expand on its services.

Currently, Curt’s has one pick-up window, which doubles as a consultation booth. It does not have a drive-up window, something that’s become a staple in the industry.

After the project is completed, Clarambeau said there will be more customer service windows, a consultation room and an outside drive-up window.

Connor also said the relocation opens opportunities for the future of Nelson’s, as well.

After Curt’s relocates, Connor said Nelson’s plans to move the health, beauty and cosmetics merchandise near the new pharmacy, to form a health market area as seen in some of its competitors’ locations.

In addition to the deli chicken, Connor also said that he hopes to add yet more prepared food.

“We have good deli chicken, and our Faribault store has the No. 1 Chinese food in town,” Connor said. “We need to see what best fits this end of town.”

Connor and Clarambeau began talking about this expansion and relocation project over a year ago.

Larson Contracting drew up the floor plans and will complete the construction. Jones, Haugh & Smith drew up the structural plans.