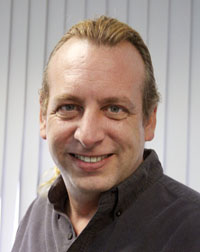 Hunter, 42, said he was sitting at home Thursday watching national politics on TV when he made the decision.

Anchors were talking about how everyone had a choice in the upcoming general election. But then, he said, he thought about the local races and saw a lack of choice.

In the race for Albert Lea mayor, Murtaugh asked the public not to vote for him after he resigned, pretty much leaving Rasmussen alone in the race.

Hunter said he wants to give people a second option in the race. His campaign is not a publicity stunt.

He said since he announced his candidacy — through Facebook — he has received “humbling” support from the people he has talked with, especially the 21-54 age group on the social-networking website.

“Sure, there are things I don’t know,” Hunter said. “Sure, there’s a lot I would learn along the way. But everyone has to start somewhere.”

He is promoting transparency in government and media access; they are what he described as cornerstone issues in keeping the public informed.

He said he wants to research the search firm The Brimeyer Group that the city hired to find a new manager after former City Manager Victoria Simonsen’s resignation. He wants to see if the city has any recourse after charges were filed against former City Manager Jim Norman. The charges allege he misused the city credit card for personal purchases.

Hunter also talked about how Albert Lea should be able to conduct a search locally for a new city manager, as was done with Freeborn County Administrator John Kluever.

He said he would like the search completed in a “timely but proper” manner.

The city finance director position is another important position that also needs to be filled, he added.

Regarding the budget, Hunter said he wants to get into dialogue with the area’s state representatives concerning local government aid.

He would like to see a 3 to 10 percent decrease in city spending, which will come from streamlining, possibly even combining some jobs. He wants to sit down with Kluever and talk about what the city and county can do to combine some of their services as well.

He would also support a 10 percent decrease in his mayoral salary and would encourage the other Albert Lea City Council members to do the same.

He said he does not support when the council’s preagenda workshop meetings are held, as they give the public the impression that decisions are made before the Monday night council meetings.

He also wants to work hard to help residents know their input is valued and encouraged people to step up and let their voices be heard.

He said he’s not running for his best interests, but rather for the people of the city. He said he budgets his own household finances and that he and his family live “pretty much just like everyone else in Albert Lea.”

“I think that’s what makes me relatable and approachable,” Hunter said. “I’m one of you.”

Other issues he is concerned about include the proposed rate increase with Alliant Energy, moving toward being more energy efficient and looking at all staffing. He also wants to sit down with the city attorney and the judges and find out how to enact tougher sentencing.

“We want the reputation that we’re tough on that stuff and that would keep it out of here,” he said.

He wants to work closely with state legislators to see what can be done to get more incentives to bring businesses into the state and in turn the city.

Hunter emphasized that he will not use his position in the radio industry to further his campaign; he simply plans to be out as much as he can in the last week before the election to visit with city residents and spread his message.

Hunter has lived in Albert Lea for eight years.

He is married to his wife, Christine, and has a daughter, Mackenzie, 4, and stepson, Tyler, 13.

In his spare time, he enjoys fishing, hockey and music. He has a rock band named Poisoned.