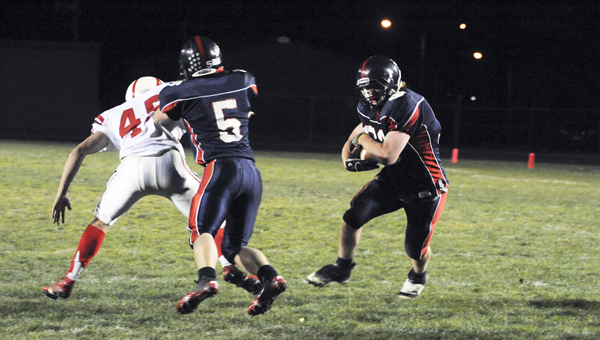 It wasn’t pretty, but it was a win for a team in need of one.

The Albert Lea Tigers and Austin Packers football teams combined for 20 penalties and nine fumbles Wednesday at Hammer Field, but the Tigers shook off a stingy Packers defense to win 27-14.

“I thought Austin did a fantastic job of having a defensive scheme to defend what we do well,” Albert Lea head coach Clay Anderson said. “We really struggled to move the football and to block correctly, and you give Austin credit.”

The Packers (0-8, 0-7 Big Nine) kept eight defenders close to the line of scrimmage all game to stop the Tigers’ (2-6, 1-6) running attack and challenge them to throw the football.

It worked — in the first half — as the Tigers offense struggled and scored only once on a 28-yard pass from Kyle Kriewall to Ethan Abben.

The Packers had an opportunity to even the score right before halftime after an 18-yard run by Anthony Condit, and a Tigers penalty gave Austin first-and-goal from the eight-yard line.

Andrew Heickly rushed eight yards for a touchdown on the next play but a five-yard illegal motion penalty nullified the score.

The Packers then fumbled, botched a snap and threw an interception to let the Tigers retain their 7-0 lead at half.

That’s when coach Anderson made an adjustment. 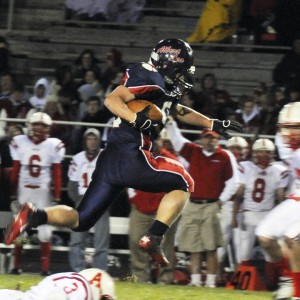 He lined up the Tigers’ All-Conference offensive guard Caleb Gaudian opposite the Packers’ Leon Delgado and the offense came to life.

“Gaudian’s a pretty good football player,” Anderson said. “He neutralized (Delgado) and basically got us a victory.”

After punting on their first two possessions of the second half, the Tigers put together a 65-yard drive highlighted by a 23-yard run by Abben, in which he hurdled a would be tackler, and a four-yard touchdown run by Abben three plays later.

The Packers turned the ball over on two of their next three possessions, before the Tigers scored on a drive that included another long run and seven-yard touchdown by Abben to put the Tigers ahead 20-6.

The Packers’ turnover problems continued on the ensuing drive, as Albert Lea’s Clayton Bratten intercepted Josh Hart — his third takeaway of the game — and returned it 45 yards for a touchdown, giving the Tigers their largest lead of the game at 27-6.

The Packers scored their second touchdown with less than a second remaining in the game, when Hart passed to Cole Adams for a 56-yard touchdown. A two-point conversion made the final score 27-14.

Turnovers and penalties limited both offenses as the Tigers and Packers had 10 and eight penalties, respectively. Albert Lea fumbled the ball five times, while Austin fumbled four times and threw three interceptions.

Austin head coach Matt Schmit was proud of how some of his players who were called up recently due to injuries responded.

“We had players playing tonight that had never played their position we were that thin,” Schmit said. “For them to come out and play as well as they did I was proud of those players.”

The Tigers play again Tuesday at Faribault in the first round of the Section 1AAAA tournament.