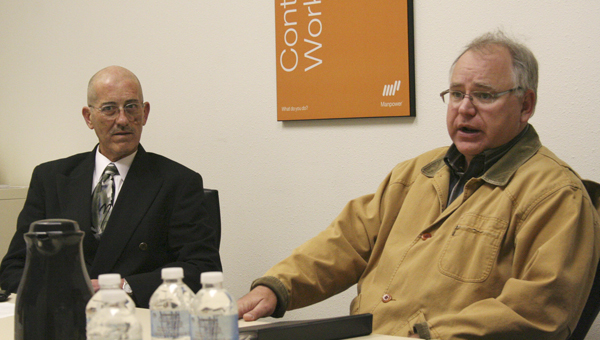 Meeting with Randy Kehr, executive director of the Albert Lea-Freeborn County Chamber of Commerce, Laura Lunde, director of the local Manpower, Nancy Skophammer, president of Farmers State Bank of Albert Lea, and Raphael Herrera, owner of Plaza Morena Mexican Restaurant, Walz, DFL-Mankato, sought to seek input about what things Congress could do to help foster small business growth and what things may be hindering development.

The majority of the meeting was spent discussing how independent community banks have suffered from new mandates and regulations put in place as a result of the foreclosure crisis with larger lenders. 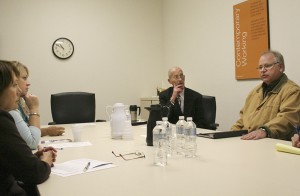 Skophammer said community banks are trying to lend but are having a difficult time because of regulations. She noted that as a small bank, she and her staff know their customers and they want them to succeed.

And because they weren’t involved with the foreclosure crisis, they are frustrated that they are having to deal with some of the new mandates, she said.

The group also talked about how someone like Herrera, who has had a successful business, should be able to get a loan if he chose to expand. But recently, that has become not as likely.

The plan focuses on the following three areas:

“Local businesses create jobs in our communities and they help us grow our local economies,” Walz said. “Southern Minnesotans have a right to hear about a vision for our future and ideas for putting us back on the path to prosperity.”

Walz also briefly talked about his support for the Albert Lea streetscape project, which has been submitted for a more than $10 million grant from the U.S. Department of Transportation.

Walz is running against District 29A Rep. Randy Demmer, R-Hayfield, for the 1st District seat.