Why can’t government reduce its spending? 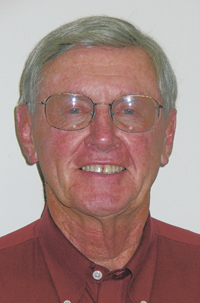 One reason is because there is no bottom line. Profit and loss is not measured and the bottom line of profit and loss is hard to measure. In the private sector, you have to have a profit or you go out of business. But this doesn’t happen in government. It is much slower to change because its leaders are always working with other people’s money. Each department or division tries to maintain the status quo. During times of reduced income, the federal government has added 200,000 employees.

Why does this happen in government? Let’s look at what is happening in our state.

One of the terms for being bankrupt is being “insolvent.” This means you cannot meet your financial obligations. Just last week, the state government reneged on its promise to school districts by delaying payments of about $145 million, and this isn’t the first time it has done this. This puts school districts in a bind because the district has to borrow the money or use up their reserves to meet their obligations. Even if the state eventually pays their commitment, they do not pay the interest incurred by the school district. This results in a big problem.

Another problem facing the state is the promises made to our cities called local-government aid. Just about every mayor in Minnesota is complaining because of the cutbacks in LGA aid to cities.

We all must remember that a state government must have a balanced budget, but it appears that this is not happening. What is the total debt that Minnesota currently faces? We all have heard that we will have a $5.8 billion shortage by the end of this biennium.

This is because the Legislature and the governor have delayed payments and incurred shortfalls because the state did not have the cash to meet its obligations. The state also has borrowed $48 billion for buildings and road construction. These bonds will have to be paid, and we have a $12 billion unfunded liability owed to the state employees and school teachers’ pension plans. These debts and obligations are continually increasing with no good plan to stop the increases and pay off the debt.

We know we are going to have a new governor, but only one candidate is willing to say we have to stop spending our state into bankruptcy. Two of the candidates say we have to increase taxes. One says we have to tax the wealthy and categorizes wealthy as any couple making over $150,000. Another candidate says we have to start taxing clothing and services. Only one is saying a budget of $30 billion is enough. He says we must change the way government is doing business and that is Tom Emmer.

If we are going to change government, we have to ask the question, “Why?” Let me start with a few questions:

1. Why are state and federal representatives only elected for two years? This is very expensive and time consuming, and it takes awhile before a legislator becomes effective.

2. Why do we have two law enforcement agencies in every county in Minnesota? Could we save money through consolidation?

5. Why do we have three school superintendents in Freeborn County? Our student population keeps decreasing, but we don’t seem to be able to lower our educational costs.

There are many more questions that could be asked, and there may be good reasons to retain some of the cost inefficiencies that we see, but we should always be asking “Why?”

If we look at just one example in our community, we can see how change can affect us. We had the Naeve Health Care System and two medical clinics with three head administrators, but some very wise heads asked why do we have all this duplication? They made a wise decision and merged the institutions into one and then merged with Mayo Health Systems. We now have a first-class health facility with first-class doctors. They offer many more and better services and employment has actually increased in this area. It is my opinion that this is far superior to what we had.

Al Arends is the co-chairman of the Freeborn County Republican Party.