A 1981 Albert Lea High School graduate is reported murdered in Wisconsin after he was shot multiple times with a shotgun, according to Winnebago County Sheriff’s Office officials in Wisconsin. 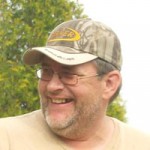 Authorities had responded to the house at about 1:30 p.m. after they received a call from Lau’s employer, who was worried Lau had not shown up for work, Verwiel said. When deputies arrived at the address — a duplex — they found the man’s body.

Physical evidence and observations made of the body were not consistent with a self-inflicted wound.

Officials have arrested Lau’s landlord, 42-year-old Mark D. West, who resided in the other part of the house, for first-degree intentional homicide. He is being held in the Winnebago County Jail.

Verwiel said officers had responded to a few calls at the residence before but it was not “a red flag-type residence.”

The investigation is ongoing and no further information will be released until charges have been filed by the Winnebago County District Attorney’s Office. Charges are expected to be filed Wednesday. 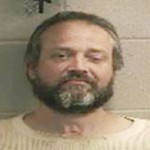 Lau is the son of Archie and Lois Lau.

He is survived by his wife, Lisa, and four children, ages 16 through 25. He also had four stepchildren, one “adopted” son and two grandchildren.

According to his obituary, Lau was a member of the Albert Lea 4-H for many years and loved the outdoors. He enjoyed exploring the woods, which led him to travel to many of the state parks.

He also enjoyed working, especially farm work, and was a competitive archer.

Lau’s memorial service will be held Wednesday at the Fargo Funeral Home in Wisconsin.