Hospice care can fulfill the end of a person’s life 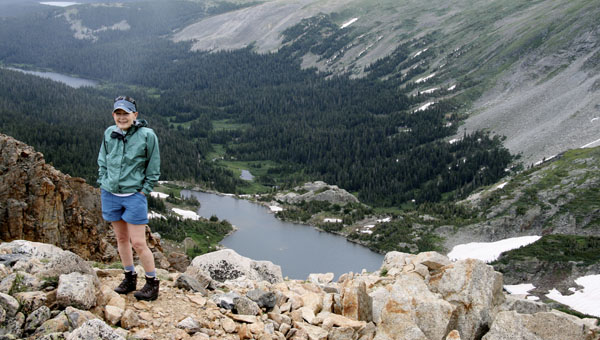 Madeleine Lundstrom posed for a photo while hiking near the Rocky Mountain National Park in Colorado in July 2009. -- Submitted photo

“Seasons of Caring” is this year’s theme for the National Hospice and Palliative Care Month of November. The theme reminds people that the final seasons in one’s life can be some of the most fulfilling.

For George and Madeleine Lundstrom of Albert Lea, hospice care was a good fit when Madeleine’s health began declining. Lundstrom said Madeleine was diagnosed with cancer in 1996 but lived an active lifestyle until right before she passed, on Sept. 17. She was 72.

Madeleine only had hospice care for two weeks, after having been referred for it. She was then able to be cared for at her home, by her primary nurse Nicole Johnson. For hospice care patients need a prognosis of six months or less to live.

“Some live beyond that,” Johnson said. “They can live longer with symptom management.” 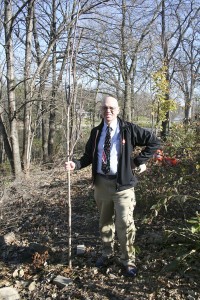 George Lundstrom stands next to the red maple tree he planted in his backyard. He said the red color will remind him of Madeleine’s red hair. -- Kelli Lageson/Albert Lea Tribune

Lundstrom said he was comforted by being able to have Madeleine home toward the end of her life. He said her death came quickly, which was unexpected.

While Madeleine was at home she was in a hospital bed. Lundstrom said he saw that her view of the backyard had a dead elm tree in it. He decided to cut down the elm so she wouldn’t have to look at a dead tree. He wanted to replant another tree to replace that one and asked which kind she liked.

He decided to plant a red maple tree, which will remind him of Madeleine’s red hair. He also plans to plant three maple trees near her grave at St. Theodore Catholic Cemetery. All the flowers he received after her death are strewn around the maple tree to serve as mulch.

Jackie Carstens, a social worker at Albert Lea Medical Center, said Madeleine had many friends and family members come to visit her.

“Hospice is about living,” Carstens said. “Quality of life is what we focus on.”

Hospice care will also help support Lundstrom, because there are support groups for the bereaved. If needed, hospice care can include social visits from volunteers. Nurses, medical care and medicine are available around the clock for any patient needs.

The Lundstroms were married for more than 40 years and liked outdoors activities. Often on vacations the couple would hike or snowshoe mountains, most of the time in Colorado. Twice they went hiking on vacation in Switzerland.

“She was planning to go to France with a few of her friends,” Lundstrom said.

Community members may remember Madeleine through her activities at St. Theodore’s Catholic Church or being a member of the P.E.O. She also worked at Herberger’s in Albert Lea for a time. Lundstrom has owned a dental practice in Albert Lea for many years.