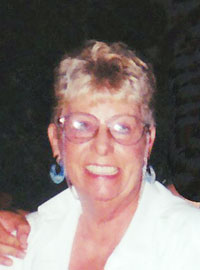 Visitation for Virginia Ann Hills, 69, of Albert Lea will be held from 4 to 7 p.m. Wednesday at Bayview/Freeborn Funeral Home. The Rev. Richard Spande will officiate. Committal service for her family will be held on Thursday at the Hillcrest Cemetery. To sign the guest book, go to www.bayviewfuneral.com.

Virginia Ann Hills was born on April 7, 1941, in Albert Lea to Robert and Edith (Nelson) Hills. Her parents owned the Hills Steakhouse. She grew up in Albert Lea and attended Albert Lea High School and Grace Lutheran Church. When she was young, Virginia taught Sunday school at Grace Lutheran Church. On March 17, 1958, she was married to Leroy Olsen in Mason City, Iowa. They had one daughter, Cindy. On Dec. 22, 1973, she married Jose Avelar in Glenville. They had one daughter, Josephine. Virginia worked in food service all her life including The Patio, Phil’s Café, The Stables Supper Club and many other places. She also tended bar at the Matador. Virginia worked for several years at, and then owned and operated, the cafeteria at Land O Lakes. She owned the Hamburger Inn prior to that. Virginia volunteered extensively for various groups including Senior Resources and Ride Services. She was a member of the VFW Auxiliary, Eagles and Moose Club. Virginia enjoyed gardening, crafts, decorating and especially loved cooking.

She will be deeply missed by all of her family and many friends.