One year after Albert Leans resolved to get fit and find purpose through the AARP/Blue Zones Vitality Project, residents are “thinner, happier and adding years to their lives,” according to a new article in AARP The Magazine, the world’s largest-circulation magazine.

The article, on page 20 of the January/February 2011 issue, follows up on the success of the pilot Vitality Project to see if residents are still taking part in the lifestyle changes that have drawn national — and even international — attention.

“More than a year later, officials no longer track weight lost or years gained, but we’re pleased to report Albert Lea is sticking with the program,” the article states.

It noted that walking groups are continuing, with steps taken in activities such as dancing and bicycling now counting toward the totals. Residents specifically logged more than 42,000 miles, up from 37,558 miles during the first year of the program. 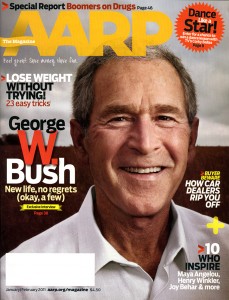 The article stated city leaders have also been able to obtain grants to keep the project going — some of which are being used to build a new Vitality Center — and more than 10 cities from St. Cloud to Seoul, Korea, have requested training.

It also talked about the farm to school program and worksite wellness programs that have been put in place, which have given free health assessments to more than 1,000 employees.

“But it’s the residents of Albert Lea who have really kept the project alive,” the article continues.

Albert Lean Brian Mattson, who was in a prior AARP The Magazine article in the January/February 2010 issue, was referenced as increasing his estimated life expectancy from 52 to 78. The article stated he eats smaller portions, walks daily and does community theater — not to mention he lost 55 pounds. It has also improved his habits and happiness.

The article also interviewed Albert Lean Dawn Thompson who is now part of a ballroom group and has lost 30 pounds.

Accompanying the story is a photo of a dancing group at the Dance Yourself Silly dance studio in Skyline Plaza.