Funeral services for Brian James Benner, 53, of Rochester will be held at 10:30 a.m. Monday at St. Theodore’s Catholic Church. The Rev. James Berning and Deacon Mike Ellis will officiate. Military honors will be accorded by area servicemen’s organizations. Interment will be in St. Marys Cemetery in Newry Township in the spring. Visitation is one hour prior to the service at the church. To sign the guest book, go to www.bayviewfuneral.com. 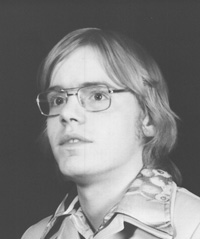 Brian James Benner was born on Aug. 23, 1957, in Albert Lea, the son of Lester and LaVon (O’Rourke) Benner. He grew up in the Hollandale area and graduated from Albert Lea High School. After high school, Brian attended culinary school. He served in the U. S. Army. Following his discharge from the service Brian worked for a short time at Streaters. He became disabled and lived in various group homes, lastly the Sunset Homes in Rochester. He had worked for Cedar Valley Services in Albert Lea and ABC in Rochester. Brian was a member of St. Mary’s Catholic Church in Newry. He enjoyed watching western movies, sports, especially the Minnesota Vikings, and music of the 1950’s and 60’s. Brian will be remembered as a very gentle, kind, and polite man.

Brian was preceded in death by his parents Lester and LaVon; his brother. Bill Benner. in June of 2010; his niece, Tammy Benner; his great-nephew, Trevor Benner; and his brother-in-law, Jake Alt.

In lieu of flowers memorials are preferred to the Zumbro Valley Mental Health Center.