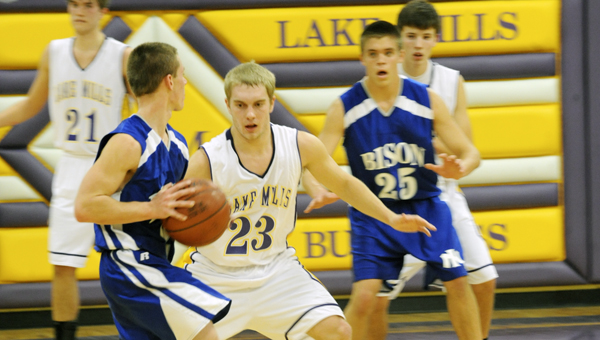 “It was a nice win to begin the conference season,” Bulldogs head coach Kyle Menke said.

The Bulldogs jumped out to an early 18-12 lead after the first quarter and went into halftime with a 27-25 lead.

Lake Mills then outscored the Bison 27-19 over the final two quarters to earn the win. 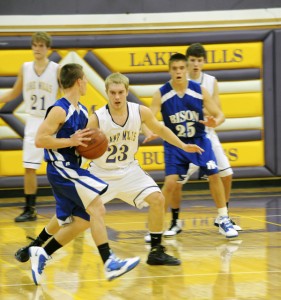 Along with Gaskill, Tyler Rice reached double figures in points with 12 points on the night.

The Bulldogs shot a total of 24 free throws on the night and converted 17 of them, while the Bison attempted only nine free throws and made six.

Lake Mills will be in action again on Friday as they host Belmond-Klemme.

Trailing at the half 24-20, the Bulldogs outscored the Bison 23-14 over the final two quarters to earn the win.

Along with Pins, Amanda Lampman scored 12 points on the night and grabbed a team-high nine rebounds.

Lake Mills is in action again on Friday against Belmond-Klemme.