Challenges not same in recount

ST. PAUL (AP) — County officials conducting the recount in Minnesota governor’s race lack a unified approach to deal with ballot challenges, a problem awaiting the state board that ultimately will certify Democrat Mark Dayton or Republican Tom Emmer as the election winner. 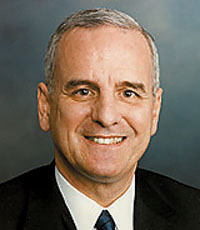 The inconsistencies revolve around whether to classify some attempted challenges as “frivolous” and to count those votes now. In some places, all challenged votes are being held out of candidate totals pending ballot reviews next week by the state canvassing board. In others, officials are overruling challenges they deem without merit and letting votes stand.

Observers for Emmer, who trailed Dayton by 8,770 votes entering the recount, are lodging most of the challenges, both ballots that are close calls and those challenges attracting the frivolous tag. Emmer would need every challenge to break his way — and then some — to overtake Dayton.

But the disparate process could factor into a possible lawsuit that might follow the recount and could tie up an outcome for weeks or months.

The secretary of state had documented 842 challenges as of Wednesday night, four-fifths of them from Emmer’s side. But that doesn’t include the thousands of challenges local officials have ruled out of order. Dayton had picked up 17 total votes compared with his Nov. 2 count for the same precincts; Emmer’s overall tally was 14 higher.

In Nicollet County, where fewer than 14,000 of the 2.1 million votes were cast last month, 38 ballots were challenged, including one both campaigns questioned. County auditor-treasurer Bridgette Kennedy said all but a few were in true doubt.

Kennedy gave the campaigns a chance to withdraw the weaker challenges, but they didn’t back down. 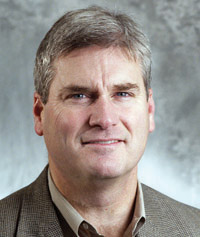 “While some may have been a stretch, the benefit of the doubt was given,” Kennedy said. All the challenges were forwarded to St. Paul for canvassing board review.

The process hasn’t worked that way in most places, including heavily populated Hennepin County. There, elections manager Rachel Smith has deemed hundreds of Emmer challenges frivolous and counted the votes on the ballots, largely for Dayton.

Smith has complained that the swell of challenges has slowed the recount. She threatened Wednesday to extend counting into the night or over the weekend to finish by a Tuesday deadline, which drew a chilly response from Emmer’s team. State Republican Party chairman Tony Sutton accused Smith of trying to change the rules midway through the recount.

“As advocates for Tom Emmer’s interests in this process, we will not be intimidated by Smith,” Sutton said in a written statement.

Across town, Ramsey County elections manager Joe Mansky hasn’t ruled any ballot challenges frivolous. Mansky has tried to get the campaigns to back away from flimsy challenges, but has resolved to let any ballots go through to the state board that candidate lawyers insist upon.