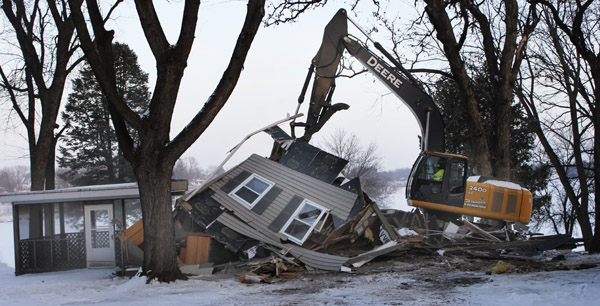 An excavator with Wangen Excavating demolishes a house Thursday at 915 Lakeview Boulevard in Albert Lea. The home was unoccupied and was cleared to make a more open yard. -- Tim Engstrom/Albert Lea Tribune