Crabby at Christmas? We are not Scrooges

Ever been stuck in holiday traffic fighting to be stuck in a holiday cashier’s line so you can purchase low-price presents on your high-balance Visa listening to high-volume holiday music and think, “Why am I doing this to myself?! I don’t even really LIKE Christmas. It’s just a scheme to get me to gain more weight AND gain more debt.”

When you’re broke, there’s nothing like Christmas to make you feel bad about yourself. 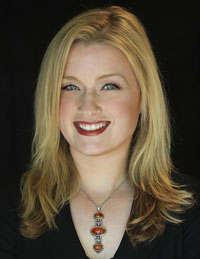 Nothing shatters one’s contentment more quickly than that ever-looping commercial in which a guy buys his wife a bow-wrapped $100K Lexus as a “surprise.” Every time it airs I think to myself, “My husband would have to put just that bow on layaway, and I’d still KNOW.”

But if you confess this deepest of secrets — this latent loathing of holiday “cheer” and the futile materialism of these now six weeks out of the year — someone inevitably hurls the accusation: What are you … a Scrooge?

Yes, Englishman Charles Dickens penned an American Classic. His “A Christmas Carol,” published in 1843, is now a staple of the season. It’s been re-made, re-hashed and re-imagined more times than John McCain’s political convictions. In the story a stingy old man hates Christmas until ghosts scare him into being generous. He ends up loving the holiday and all the trimmings.

However, Dickens unknowingly created a character who is now used as propaganda to quash all voices of Christmas Present dissent.

The dreaded: You are a Scrooge.

This is a widespread yuletide misnomer. It must be stopped now. I’m not even going to comment on Christ never envisioning his birthday plagued by obligatory tchotchke acquisitions; senseless seasonal slaughter of Douglas firs; or the pointless battle about Walmart greeters muttering “Happy Holidays” (a contraction of holy days) versus the more allegedly pious “Merry Christmas” to an indifferent public. Charles Dickens, an advocate for the poor, certainly never meant for Ebenezer Scrooge’s name to be applied to those with a paycheck the size of Bob Cratchit’s.

Bob Cratchit — Scrooge’s underpaid underling — is nice to people all year round even though he’s paid hardly anything. You know, Tiny Tim’s dad. That’s who 98 percent of Americans are.

We’re a nation of Bob Cratchits who are terrified of being Scrooges.

But we want the picture-perfect holiday gift-buying guidebook Christmas. So we fret, agonize and figure out a way. We create for ourselves unnecessary annual stress. And then it all goes on a credit card with interest paid perennially. All because we don’t want to be seen as a miser. We have to do Christmas, or we haven’t done something right.

Not giving on Christmas is a moral shortcoming. Or so we’re told. Not having money? A sin.

In a Dickensian reality, if we haven’t made enough money to fall in a certain tax bracket the Ghost of Christmas Past won’t even waste his time with us. Any apparitions 98 percent of us see are from the 90-proof in our eggnog. Holiday ghosts and specters — we’ll call them executive bonuses.

From Cratchit’s point of view he just worked hard, enjoyed his family and was pleasantly surprised when his boss had a change of heart.

The U.S. poverty rate is now at 14.3 percent. Our current unemployment is 9.3 percent. Our once robust middle-class is looking a little anemic. The vast majority of us are stretched thin. My point is: It’s time to lighten up … mainly on ourselves.

We are not Scrooges. We do, however, work for some (author’s note: except MY editor, of course).

Tina Dupuy is an award-winning writer and fill-in host at The Young Turks. Tina can be reached at tinadupuy@yahoo.com.

Sarah Stultz: Proud to be your community newspaper

Ask a Trooper: Suggestions for parents of new teen drivers