End the criminalization of marijuana

I have a confession to make. I hope it won’t make you think ill of me.

I have never smoked marijuana, not even a puff. Not ever. 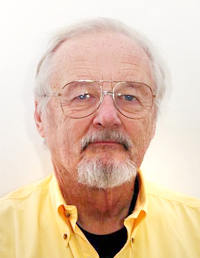 Not that I didn’t have my chances. Back in 1970 I was covering the Wadena Rock Festival in Iowa (sort of Woodstock lite) when a young woman came up to me and said: “Want me to turn you on?” I’m pretty sure she was talking about pot. I respectfully declined.

Yes, I know, it was weak of me. The best and the brightest of my generation were courageously yielding to temptation while I, coward that I was, retreated from it.

Part of it, I suppose, was the fear of getting caught. When that girl made her proposal to me, a headline flashed through my mind: “Semi-famous Columnist Busted While Smoking Dope with Teeny Bopper.”

It would not have done my career any good, to say nothing of my marriage.

Taking a chance, however slim, of ruining your life in exchange for an opportunity to inhale a substance that makes you giggle is not a good trade.

Besides I have enough trouble dealing with drugs that have ice cubes in them. I don’t need one that doesn’t punish you the next morning.

So it was thanks but no thanks for me. Still is.

I wouldn’t bring up any of this except for Prop 19. That was the ballot initiative in California that would have effectively legalized the cultivation and sale of marijuana in the state. It was defeated, but supporters say the proposed law was badly worded and they’ll try again next time. In any case, the issue isn’t going away any time soon.

The case for legalization is fairly strong. Each year we spend some $10 billion enforcing our marijuana laws and arrest 750,000 people for possession of small amounts of the drug. Many of these people go to jail at considerable expense to the state and their reputations. A classic lose-lose situation.

Despite that, the National Institute on Drug Abuse has found that the drug has remained “almost universally available to American 12th graders.”

In other words, if we really are waging a war on drugs, we’re losing.

Maybe that’s true, maybe not. What’s inarguable is that the marijuana trade, much like the illegal liquor business during Prohibition, has spawned a network of violent gangs who control it. Legalization would put them out of business. Maybe.

That said, the case against legalizing marijuana is also a strong one.

It’s smoking, for one thing. We know what that does to your lungs.

And really, do we need yet another avenue of escape from reality? Our children spend an inordinate amount of time in front of the television set or on the Internet or playing video games.

So now you want to make it easier for them to retreat even deeper into disengagement?

I don’t think so. What I’d like to see is for society to decriminalize marijuana without legalizing it. Make it like a speeding ticket. Fine people for using it but don’t destroy their lives.

That’s a hypocritical solution I suppose, but I hide behind the words of the great French philosopher, François de La Rochefoucauld:

“Hypocrisy is the homage that vice pays to virtue.”

You’d be surprised how often that comes in handy.

Donald Kaul worked some 30 years as a syndicated Washington columnist for the Des Moines Register before retiring in 2000. He lives in Ann Arbor, Mich.