Five things you need to know this week 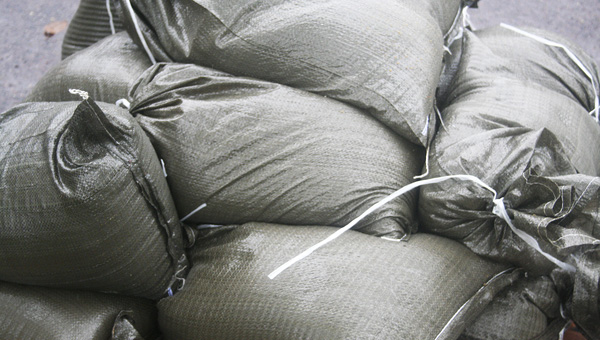 Sandbags in New Richland protected places in the city from the rising waters of a tributary of Boot Creek in September. The floods made the top 10 local stories for the Albert Lea Tribune. -- Michelle Haacke/Albert Lea Tribune

Freeborn County Public Health is holding a free flu shot clinic from 1 to 6 p.m. today at Crossroads Church in Albert Lea. Shots are free for anyone ages 6 months to 64 years. People age 65 and older need to bring your Medicare Card or Medicare Advantage Plan Card. With questions, call public health at 377-5100.

The Albert Lea Tribune announces its top 10 stories of the year this week on Friday in its annual Year in Review special section. Readers also will find out the most-clicked-on stories of 2010 along with the results of a poll on the Tribune’s website letting voters select the top 3 out of 19 stories.

The Freeborn County Board of Commissioners set a workshop at 8:30 a.m. Tuesday to review the auditor’s 2009 report and a possible change in issuances of burning permits.

The board members will also meet in a special session at 8:30 a.m. Wednesday to discuss and consider resolution amending the 2011 budget and final approval of claims for 2010. The public is invited to attend both meetings, to be held in the old courthouse at the Freeborn County Government Center.

Oakland man to be sentenced today

A 26-year-old Oakland man charged with breaking into a home in Glenville in July is expected to be sentenced in Freeborn County District Court today for the crime.

Thomas Eugene Vaale pleaded guilty in October to the burglary as part of an Alford plea in the case. Under an Alford plea, a defendant maintains innocence but admits the prosecution has enough evidence to convict of the charge.

It’s tournament time in southern Minnesota, and while the tournaments may not mean as much as they do in March, local athletes still have a lot to prove against teams from around the Midwest. The Albert Lea boys’ and girls’ basketball teams are hosting the Tiger Classic at Albert Lea High School which begins tonight and carries over into Tuesday. The Tigers boys’ hockey team plays in the Rochester Kiwanis Hockey Festival on Tuesday, Wednesday and Thursday, and the girls’ team plays in a three-day Austin tournament beginning tonight. The Tigers wrestlers are competing in the 60-team Rumble on the Red Champioships in Fargo, N.D., Wednesday and Thursday.