Funeral services for Franklin C. Steele of Albert Lea will be held at 10 a.m. Thursday at the Concordia Lutheran Church of Pickerel Lake. The Rev. Jeffery Laeger-Hagemeister will officiate. Visitation will be held 4 to 7 p.m. Wednesday at the Bonnerup Funeral Service and one hour prior to the service at the church. Interment will be in the Concordia Lutheran Cemetery. 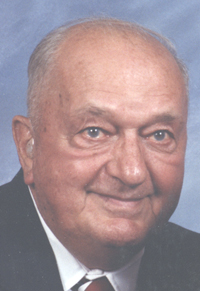 Franklin Carroll Steele was born May 31, 1919, to Frank G. and Clara (Toenges) Steele. He was a life long resident of Freeborn County. He was baptized and confirmed at Concordia Lutheran Church of Pickerel Lake and attended school in Conger.

Franklin was married to Edna A. Mellum on Feb. 11, 1943, in Glenville. This union was blessed with five children. They farmed together near Conger and moved to Albert Lea in 1996. Franklin also worked at Streater in Albert Lea for 17 years retiring in 1983. He enjoyed fishing, playing cards and driving his ponies in parades throughout the local area.

Franklin is preceded in death by his parents; wife, Edna, in July of 2005; son, Nealin; infant grandson; brother, Dean; and sister, Ardith Larson.

Franklin will be remembered for his sense of humor and the love of his children.