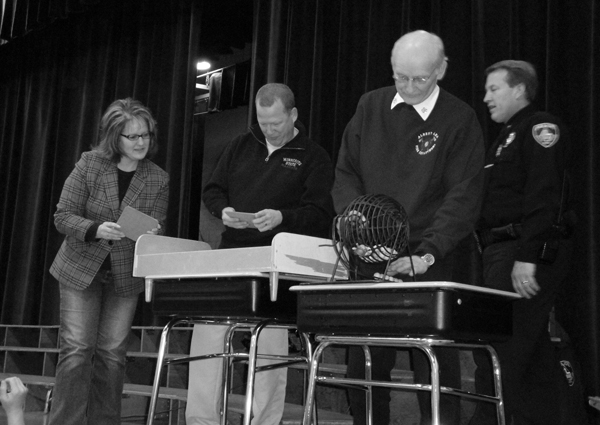 This was a free event for all Hawthorne students and their families. It was the school’s hope that it could provide families at Hawthorne with food items for a Thanksgiving meal. The hardships of the economy have had a tremendous impact on many families in the community and it was the school’s hope to help its children and parents at Hawthorne Elementary with this burden. It was also a building goal to involve parents in the education of their child and build on that relationship between family and school. 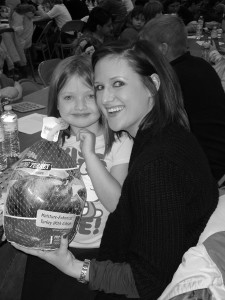 Hawthorne had 360 people attend, and 120 families were represented. For prizes, turkeys, hams, pies, stuffing, bread, potatoes, mashed potatoes and canned vegetables were handed out. There were three drawings for the grand prizes. The grand prizes were boxes filled with whole Thanksgiving meals.

Hawthorne School could not have made this event possible without the help of the Hawthorne staff and also the friends and family of Hawthorne staff members. They would like to thank the parents who helped them set up and clean up. The school also had the help and donations of many generous sponsors.

The school staff said it was awesome to see the families having a great time. Many families were seen sharing their prizes with other families. A family who won one of the grand prizes was seen turning to the family seated next to them and giving them their box of food. The staff said the event was truly a success. 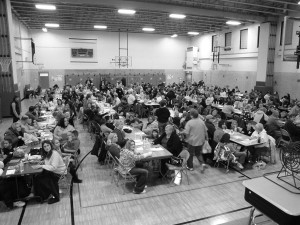 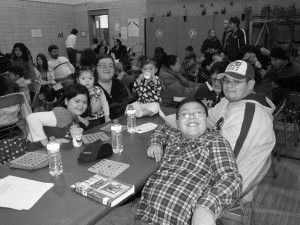 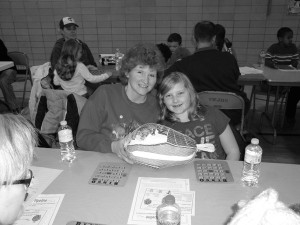 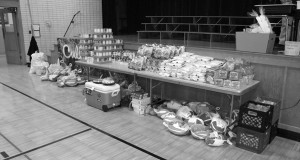