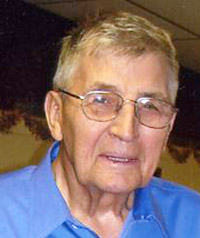 Bruss-Heitner Funeral Home in Wells is in charge of arrangements.

John was a lifelong farmer until his retirement in 1999. He loved gardening, fishing, playing cards and spending time with family and friends.

He was preceded in death by his parents; a daughter, Nancy Robling; a brother, Martin Woitas; a brother-in-law, Harlan Leesch; a sister-in-law, Marcie Woitas; and a nephew, Robert Leesch.