Funeral services for LaVerne William Wolff, 91, formerly of Glenville will be held at 10:30 a.m. Saturday at First Lutheran Church in Glenville. The Rev. Krista Stokke will officiate. Interment will be at the Hillcrest Cemetery with military honors accorded by Freeborn County area veteran’s organizations. Visitation will be from 4 to 7 p.m. Friday at Bayview/Freeborn Funeral Home and one hour prior to the service at the church. To sign the guest book, go to www.bayviewfuneral.com. 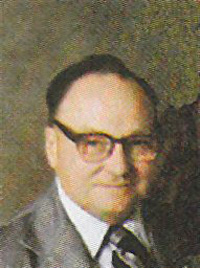 LaVerne William Wolff was born on April 9, 1919, in Worth County, Iowa, to Martin and Edna (Bowman) Wolff. He was a life long resident of the Glenville area. After finishing school he worked for various farmers. LaVerne joined the Civilian Conservation Corps in 1937 and served for one year. On Dec. 31, 1940, he was united in marriage to Mildred Means at the First Lutheran Church in Albert Lea. LaVerne joined the United States Army and served during WWII. Upon returning home, LaVerne was employed at Sears, an implement dealer in New Richland and then Farmstead until his retirement. In his retirement LaVerne worked for Fred Friedrichsen at the Citizen’s State Bank in Glenville doing various jobs. He also served at First Lutheran Church in Glenville as a funeral usher and doing snow removal. LaVerne was a member of First Lutheran Church in Glenville, a member and past commander of the Glenville American Legion Post. He also helped organize the AA Club in Glenville and had 40 years of sobriety. LaVerne enjoyed trapping and spending time with his family. Blessed be his memory.