The “Minnesota Beatle Project, Vol. 2” is an album by various Minnesota performers doing Beatles tunes and raising money for music and art in public schools. 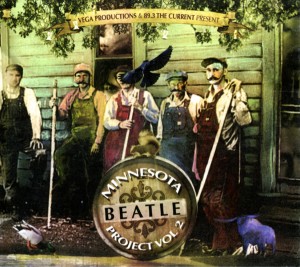 While Soul Asylum strays not far from the original tempo and sound of its cover song, “Good Morning,” striking a good opening track, others on the album stray far. For some, like Pert Near Sandstone covering “I am the Walrus” and Communist Daughter’s “Golden Slumbers,” it works astoundingly well. For others, like P.O.S. doing “Dear Boy” and Sounds of Blackness’ “Hey Jude,” the listener is advised to push the next-song button.

Still, for supporters of local music, the album is worth the purchase. It comes from Vega Productions and 89.3 The Current.