Leave the flight game on the shelf

On the shelf, the Nintendo Wii video game “WWII Aces” seems like it could be the airplane game that video game players of the Wii have been waiting for, but it, too, is another dud. 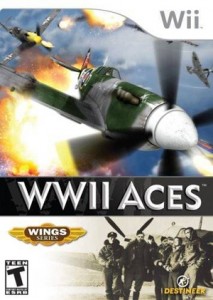 “WWII Aces” give players fair controls — not great — and the programmers selected the best era for aerial combat. The music is pretty good, too. However, the play itself only ends up being fun when playing a friend. The single-player scenarios put players through war missions so difficult that they are impossible to achieve even on the easy setting. On one, you protect a naval fleet, but there are scores of enemy fighters and only one of you. Plus, you must sink two U-boats in such a limited time and with the enemy having amazing accuracy that it is frustrating. The objectives are never quite clear, either.

If you are looking for that good flight game, keep waiting. — Tim Engstrom

Generosity in 2010 has lifelong impact