Funeral services for Robert Otto Horkey, 72, of Albert Lea will be held at 10:30 a.m. Friday at St. Theodore’s Catholic Church. The Rev. James Berning and Deacon Mike Ellis will officiate. Interment will be at the St. Mary’s Cemetery in Newry Township with military honors accorded by area veteran’s organizations. Visitation will be from 4 to 7 p.m. Thursday at Bayview/Freeborn Funeral Home and one hour prior to the service at the church. To sign the guest book, go to www.bayviewfuneral.com. 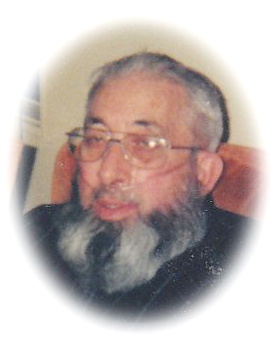 Robert Otto Horkey was born on July 4, 1938, to Otto and Helen (Butler) Horkey in Albert Lea. He grew up in Blooming Prairie and attended Blooming Prairie Schools. He served in the military for a brief time at Fort Leonard. Robert was united in marriage to Donna Gruis on Dec. 31, 1957, at St. Mary’s Catholic Church. Robert was employed at Wilson & Co., then, Farmstead until his retirement. Robert was a member of St. Mary’s Catholic Church and had been currently attending St. Theodore’s Catholic Church. He was also a member of the Eagles Club. Robert enjoyed racing, hunting, bowling smelt fishing, playing cards, going for rides and going to the casino. He was also known for dressing up as Santa Claus and enjoyed spending time with family and friends visiting over coffee.

Robert was preceded in death by his father, Otto Horkey; mother, Helen Young; and in-laws: Ernest and Hessie Gruis.