Shoreview man gets 27 months for beating man in A.L. basement

Freeborn County District Court Judge Steve Schwab on Monday sentenced a 20-year-old Shoreview man to 27 months in prison for beating another man in the basement of an Albert Lea house in January 2009. 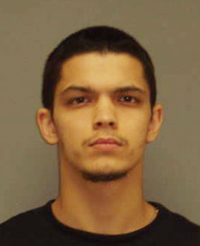 Shane Joel Robinson-Schluter will be committed to the state prison in St. Cloud for one felony count of second-degree assault with a dangerous weapon.

He will receive credit for time already served in jail of 367 days and will be eligible for release after two-thirds of his sentence, similar to other cases in the state, according to court records.

Court documents state Robinson-Schluter’s charge stems from an incident Jan. 3, 2009. Records state on that day Robinson-Schluter and another man came to Albert Lea with the reported victim.

When the group arrived in Albert Lea, at a house at 629 Ruble Ave., Robinson-Schluter and the other man began to drink alcoholic beverages. The victim did not drink.

Robinson-Schluter demanded the man’s wallet, and hit him with “a smaller hard object held in his hand, about his head and shoulders,” according to documents. The man was also kicked while lying on the floor, documents say.

Reports state the victim attempted to block the blows with his hands and that he feared for his life.

“The defendant seemed to want to show off how brutal he could be and show that he could beat up a heavier older man,” court documents state.

Robinson-Schluter was arrested by members of the Albert Lea Police Department’s SWAT team at the Ruble Avenue residence. When arrested, he had blood on his right hand and on his pants.