The best cure for the unemployed is a job

As an advocate of strengthening the social safety-net, I am troubled by the recent attempt to use unemployment payments as a poverty reduction program. The extension of unemployment insurance benefits is the Democrat’s recent rallying cry for helping those in need. Our own Congressman, Tim Walz advocates for the stimulus nature of these benefits as being the “fastest way to get money into our economy.” This argument, however, relies upon the mistaken logic that we can help the poor by giving a few select individuals up to 3 1/2 years of UI benefits to find a job. 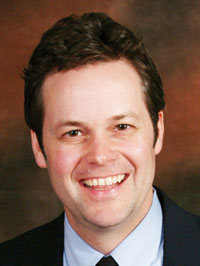 Since July of 2008, the Democrat-controlled Congress has been extending unemployment insurance benefits — well past the 26 weeks of regular benefits. At last count, the Federal Government has financed up to 73 weeks of additional benefits. According to the State of Minnesota, the purpose of UI is to provide temporary benefits and to provide a level of economic stability. Certainly, massive lay-offs in a community can decimate local businesses, schools and units of government. UI helps in these situations. Likewise, providing short-term help following the tragedy of a job loss provides an important cushion to help families get back on their feet.

These objectives are much different, however, than Democrats’ current hijacking of the UI program for wealth redistribution. As emphasized by the 2010 Hormel Hunger Survey, there remain way too many people that are suffering from true poverty. The fact that the UI program is not means tested based on assets or other income presents a striking problem with the use of UI as a poverty reducing program. Ironically, a fat cat executives’ laid off husband will receive UI benefits just like a single mom out of work from a factory closing. We can certainly find a better way to help those in need!

Last month, Congress discontinued this record breaking extension of UI benefits. Tim Walz again broke ranks with Blue Dog Democrat Collin Peterson in supporting the extension. This vote opened the door for a discussion on this important issue. This debate continues today despite Democrats’ attempt to mute the dialogue through the use of class warfare rhetoric. Consider the following “messaging” that we have been hearing from Democrats:

Unemployment benefits stimulate the economy, but tax increases for job creators will cut the deficit.

A Nov. 30, Star Tribune headline summarizes this mistaken argument best; “Cut-off of jobless aid would shrink economic growth and raise unemployment and poverty rates.” They argue that cutting off unemployment benefits will increase unemployment rates. According to this logic, UI benefits “ripple though the economy” eventually into the hands of the job providers, allowing those businesses to “hire more people.”

To avoid the wrath of the public, Democrats have perfected the argument that nearly all government spending has a stimulative factor. Under this banner, nearly every dollar of government program spending actually returns more dollars to the economy. As most of us learned from our parents, this “you need to spend money to save money” motto does work in the real world.

This reality, however, does not stop this maddening messaging. As argued by Progressive Think-tank, Minnesota 2020, “This (cutting UI benefits) is in sharp contrast to a tax break for the rich because higher income families typically save that money; therefore it has little economic stimulative effect.” Apparently, the “ripple” effect only works in Dr. Seuss fashion when it is run through the government’s “star removing machine.” To believe this argument, you must accept the premise that couples who make more than $250,000 are so rich that any extra money they make will go into a vault, not back into the economy.

Like Sylvester McMonkey-McBean, Nancy Pelosi and her troops capitalize on class warfare by trying to convince some that they have “stars on their bellies” that must be removed. According to Pelosi-McBean, “Giving $700 billion to the wealthiest people in America increases the deficit, and the record shows that it does not create jobs” Yet, they argue that the money spent on UI benefits “ripples” through the economy to those same job providers, increasing employment. Like the sketches in the Dr. Seuss book, the American public will eventually see through this charade.

Do you call it a tax increase or a tax cut? Tim Walz and his allies want to avoid a tax increase for those that fit their definition of middle class, but wail with pain over giving tax breaks for the wealthy. Walz goes on to accuse Republicans of shedding “crocodile tears” over the budget deficit and then giving American fat cats the tax break. Yet, Walz erodes his long-gone fiscal conservative “Blue Dog” designation by supporting nearly every spending proposal that comes his way. Apparently, worries about the deficit ebb and flow depending on which parties’ objectives are in the cross hairs. Tim Walz and his spending allies pretend to be a deficit hawks only when it aligns with their agenda.

Caught in a vicious cycle, most States continue to borrow funds from the federal government in order to afford the continued payment of UI benefits. As explained in a Nov. 20 Wall Street Journal Article, in 2009 states collected $31 billion in UI taxes, but paid out $79.4 billion in benefits. As of April 2010, Minnesota had borrowed $638 million from the Federal Government, which puts Minnesota at number 16 in the Country. This so-called stimulus money is not a grant or “free money.” Instead, these funds must be repaid by future potential job creators — threatening to further erode our business climate.

What unemployed workers need is a job, not continued deficit spending so that they can receive only a small percentage of their earning capacity. As caring communities, we can do better. We need to target those that need help and make sure that they do not fall through the safety net.

While temporary UI benefits serve an important purpose in the helping those in need, the continued extension of these benefits has morphed this program beyond recognition. Congress should stop this shell game and focus on encouraging, not stifling economic growth. Fortunately, President Obama and the newly elected Republicans seem to have found a compromise that will hopefully not stifle any economic recovery. While Tim Walz may not be happy that his political agenda has been compromised, Main Street will surely appreciate the boost. In the end, a stronger main street means more jobs — the ultimate cure for unemployment.

Matt Benda is an Albert Lea attorney, community advocate and lifetime member of the Republican Party. To view this editorial with links to cited reports and articles, go to www.tiltingagainst.blogspot.com.