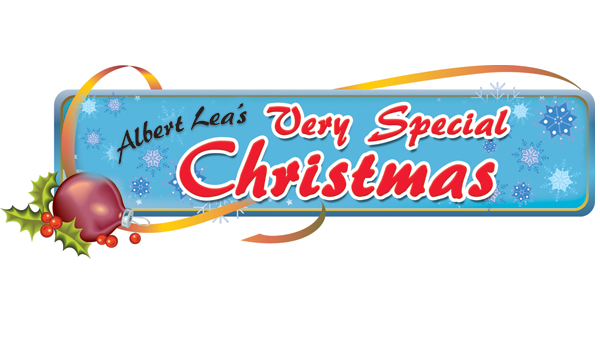 Every Christmas is special. Yet, the one observed by the people of the Albert Lea area 70 years ago had very distinct significance for several reasons. 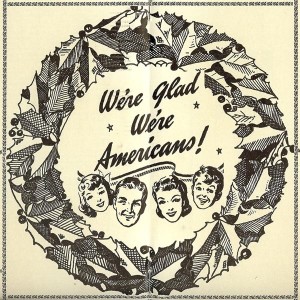 One reason was based on what had happened during the previous month. This event was the infamous Armistice Day blizzard.

What may have started as a just another mild fall rain on Nov. 11, 1940, soon became a brutal snowstorm that blocked all highways and railroads, disrupted electric, telephone and telegraph service, and destroyed several million dollars worth of property and livestock.

However, the real extent of life lost in the disastrous storm really didn’t become apparent for several days. Then rescue workers started to find the frozen bodies of people in snow-bound vehicles, plus those of others who somehow were unable to find shelter from the storm’s fury.

Over half the 59 Minnesota deaths caused by this blizzard 70 years ago took place along the Mississippi River where waterfowl hunters suffered real agony from the wind, sleet, snow and killing cold. Most of the isolated hunters were rescued, but others died before help could arrive. 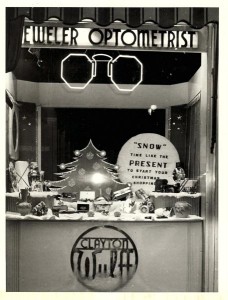 The Tribune reported, “More than eight inches of snow fell in Albert Lea. This was whipped by the winds into great snowdrifts that blocked all highways in Minnesota and North Iowa. … Albert Lea was isolated from the outside world. The first train to arrive (on Nov. 14) was the Rock Island from Minneapolis after the crew had battled for 35 hours.”

By early December this area’s weather conditions were back to normal.

Another reason for Christmas 1940 being a special time for many area people was based on better economic conditions. During the previous decade the nation had been gradually recovering from the Depression era.

Partial proof for this could be found in several editorial comments in the December 1940 issue of Albert Lea Community Magazine.

“The last quarter of 1940 has been one of the finest in many, many years for all lines of business, agricultural, retail, and manufacturing, according to reports from business surveys taken over the nation. …

“The merchants and businessmen of this city have outdone themselves this holiday season to decorate and give the city a holiday air. Downtown stores have beautifully done windows, residences around the city have already erected clever displays, and the Christmas wreaths are being displayed throughout the city. Albert Lea has earned the reputation of the Christmas City, and every year thousands of visitors come to see it.” 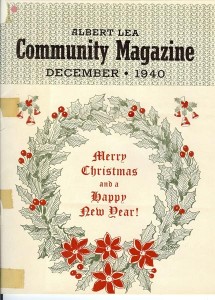 This was the seasonal cover illustration for the December 1940 issue of the Albert Lea Community Magazine, a monthly publication originating at Trades Publishing Co., then located at the corner of West Main Street and South Washington Avenue. -- Graphic courtesy Freeborn County Historical Museum

Of all these stores, only Plymouth Shoe Store is the only one still operating 70 years later.

And still another reason Christmas 1940 was a really special occasion is based on history. Right at that time World War II in Europe was underway. However, the U.S. was neutral and still enjoying a peaceful time. This was to drastically change the following year and a peaceful Christmas wouldn’t become a reality again until 1945.