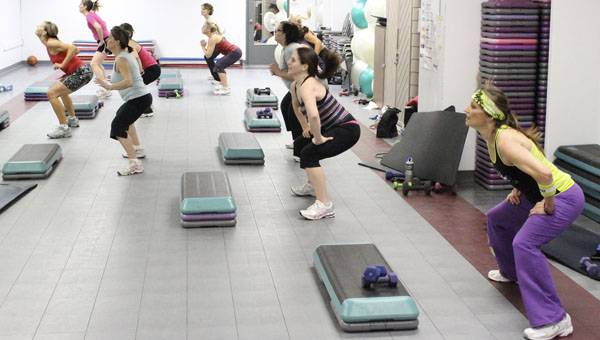 Health professionals from a variety of sources gathered in one place Saturday to offer information about healthy living to area residents.

“It’s to raise awareness of health in our community, to foster relationships, too, to make the whole community healthier,” said Steph Sherman, one of the event’s organizers. “When people think of health they think of eating and working out, but there’s so many other things involved to being healthy.” 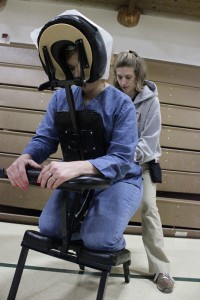 Mary Nelson, food services director for the school district, said she was providing information about healthy snacks and healthy eating for children and adults.

She said people who came by her booth were positive and interested in what she had to share.

Some parents also talked about the district’s healthy snack program, which was implemented in the elementary schools this school year.

Personal trainers were also on hand to give demonstrations about spinning and other techniques, and people could even participate in Zumba, Boot Camp or Nia classes, in addition to swimming in the pool and Taekwando in the gym.

Kids could play the Nintendo Wii in other rooms.

Albert Lea resident Diana Applegate said she came out to the fair because she wanted to learn information about nutrition to help her nine grandchildren.

She said she was curious to see what was being offered, and she specifically was interested in finding out about the Albert Lea Farmers Market. 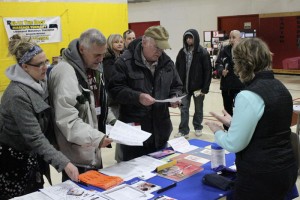 Resident Jessica Gordon, who recently moved back to Albert Lea, said she too was curious about what there was to offer at the fair.

One thing she enjoyed doing was getting a foot scan from chiropractor Jeff Eaton with Eaton Sport & Spine Clinic, which revealed the pressures she puts on different parts of her foot when she stands.

The mother of three kids, Gordon also wanted to see what she could learn to help her children.

She attended with her mother and aunt.

Organizer Bill Villarreal said he hoped the event showcased the different elements that are involved with being healthy beyond nutrition and exercise.

High school gears up for Winterfest