Fire at Innovance sends 200 employees into the cold 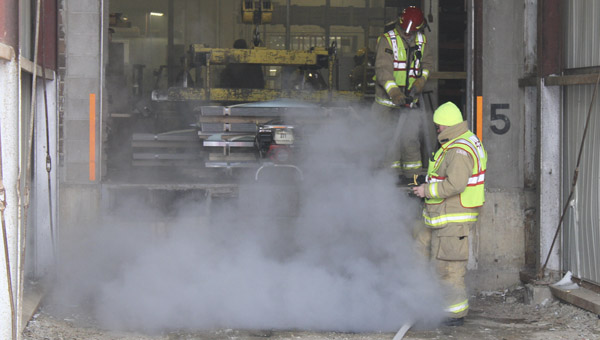 Albert Lea firefighters cool a dust collector from a laser engraving machine with water Thursday at a loading dock on the back side of Lou-Rich. Smoke filled the interior of the machine manufacturer. -- Tim Engstrom/Albert Lea Tribune

About 200 employees at Innovance in Albert Lea were sent into the frigid morning air Thursday while firefighters doused a small fire and cleared the workplace of smoke.

Albert Lea firefighters arrived at Innovance — the parent company for Lou-Rich and Almco — at 10:26 a.m., four minutes after they were called. Most of the employees had gathered on the Front Street side of the building. 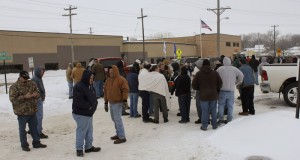 “It looked a lot worse than it was,” Light said.

On the south side of the main building — the back side — Albert Lea firefighters had fans blowing smoke out of the building. They took hot dust collectors from the machine and doused them on the ground by a loading dock.

The firefighters left at 11:22 a.m. Light said the damage, which he estimated at about $10,000, was mainly contained to the area of the Torit machine. 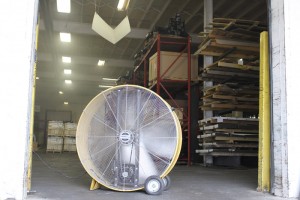 A fan pulls smoke out of the back of the Lou-Rich building in Albert Lea on Thursday morning. -- Tim Engstrom/Albert Lea Tribune

Some employees outside in the 9-degree air were without coats, and managers went inside the smoke-filled building to get coats. Some employees sat in their automobiles for warmth. The smell of smoke wafted in the air. They were brought to the second floor of the attached Almco building at 11 a.m. Many employees stated they were glad to be indoors. Innovance President Mike Larson told them they could go home for the day.

That gave the company time to clear the smoke and the smoky smell with exhaust fans. The second shift came in for work at 3:15 p.m. as usual.

Light praised Innovance for calling the fire department right away, noting how some places mistakenly try to handle fires themselves first.

“They didn’t monkey around. They aren’t afraid to call us,” he said.

Larson said the safety of employees is always the company’s first concern. The first step in an emergency, he said, is to call 911.

“I was proud of the way our people responded very quickly to a small problem that could have led into a big problem if it wasn’t handled properly,” he said.