The following Albert Lea High School students in Business Professionals of America competed in a regional competition on Jan. 5 at Riverland Community College. Many of these students will be eligible to compete at the state competition held March 10-12 in Minneapolis. The adviser is Deb Monson. 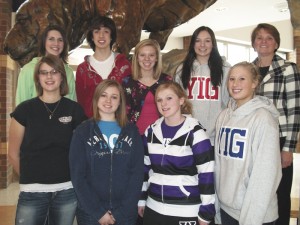