Funeral services for Kenneth E. Meyer, 84, of Rochester, will be at 11 a.m. Thursday at Mount Moriah Lutheran Church in Byron with the Rev. Matthew Lehman officiating. His body will be cremated after the funeral and his cremated remains buried at a later date. Visitation will be one hour prior to the funeral at the church. 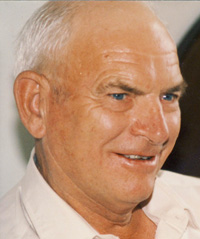 Kenneth graduated from Waterville High School in 1943. He entered the United States Army during World War II and served in the Philippines as a finance officer. He married Janet Wendelschafer on Oct. 20, 1951, in St. Peter. The couple lived in rural Elysian, where Kenneth farmed and worked for North Star Concrete in Mankato. The couple moved to Rochester in September of 1997.

The church was very important to Kenneth and he was an active member of Mount Moriah Lutheran Church. Kenneth was also a handyman, he could fix anything.

Survivors include his wife, Janet of Rochester; his daughters: Rebecca (Dale) Grotsun of Alden and Barbara (Steven) Jerabek of Rochester; his son, John (Laurie) Meyer of Trimont; and his daughter-in-law, Deborah Meyer of Madison, Wis.; 13 grandchildren; one great-granddaughter; his sisters: Janet (Niel) Rinehart of Roseau and Darlene Schwartz of Waterville; and his brother, Donald Meyer of Elysian. Kenneth was preceded in death by his parents; one son, Craig Kenneth Meyer; and one sister, Faith Cram.

Memorials can be directed to Mount Moriah Lutheran Church.

Ranfranz and Vine Funeral Homes is in charge of arrangements.