One of the area’s largest construction contractors is now under new ownership. 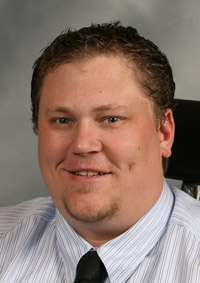 Larson said it was time for a younger generation to move forward with the business. He will stay on with the sales team at the company.

Peterson, an Albert Lea High School graduate, started working part-time with the company after school during high school and has advanced through the years from being a member of the carpentry crew, to a foreman, to a project manager and finally to senior project manager.

Now, in addition to being the new owner of the company, he is also the CEO.

“This is a wonderful once-in-a-lifetime opportunity that was given to me, and I pursued it,” he said.

Peterson said his goals for the business include keeping the good name and reputation that the company has developed since it started in 1977 and to service the needs of northern Iowa and southern Minnesota.

He plans to continue the spirit of giving back to the community that has already been instilled under Larson’s ownership because of what the community does for the company.

Peterson has appointed Shawn Lampman, who has been with the company for 20 years in May, as president. 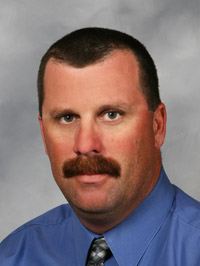 Lampman said he looks forward to the new challenges of operating the company and seeing it grow bigger and better.

Since it started, Larson Contracting has grown from having only a few employees to now having 75.

Based out of Lake Mills, Iowa, with an office in Albert Lea, the company has built a variety of projects during the past 32 years including industrial, commercial, retail, schools and even public facilities.

Around Albert Lea, it is known for its construction of Minnesota Corrugated Box, Mrs. Gerry’s Kitchen, Wedgewood Cove and the Green Mill Restaurant, along with numerous others. It has also renovated many local businesses, including the expansion of the Albert Lea Tribune building to make space for printing presses.

In Iowa, it has constructed the Mercy Family Clinic in Clear Lake, along with the Newman Catholic Elementary School in Mason City.

Most area residents also know Larson Contracting for being the spearhead behind the construction of the 2008 “Extreme Makeover: Home Edition” home of Dirk and Susan DeVries.