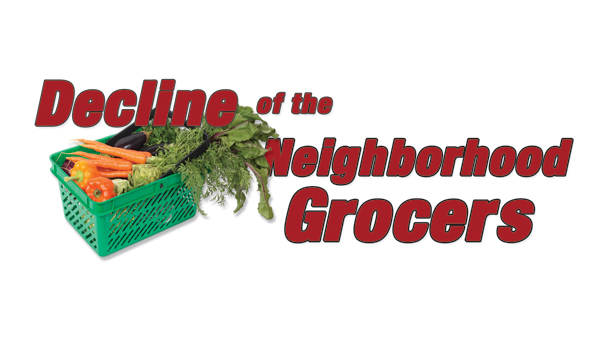 There’s no actual time when the era of neighborhood grocery stores ended in Albert Lea. However, the decline of the smaller family-owned stores was gradual. 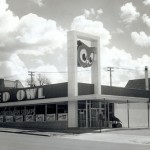 Albert Lea’s Red Owl store building was built in 1958 and located near the corner of West Main Street and South Washington Avenue. In later years the Red Owl store moved to a building on South Broadway Avenue near the railroad crossings. This building was then converted into the Snyder Pharmacy. At the present time the large structure is unoccupied. -- Photo courtesy Freeborn County Historical Museum

Partial proof for this can be found in the city directories. In 1950 there were 39 business places listed under the category of groceries and meats — retail. By 1961 this number had dropped to 28 places listed under this heading in the city directory. Thus, some of the stores within walking or bicycle riding range of many city homes had ceased to exist during this 11-year period.

Firm proof that many of these stores were oriented to neighborhoods and/or family connections five decades ago can be found with their names.

The names of other groceries 50 years ago were listed by street, avenue and location: Clark, Fountain, Front, Garden Villa, Lakeview, North Side, South Broadway, South Side and Water. 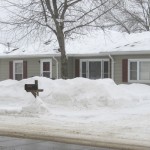 What’s now a private residence at 1504 S. Broadway Ave., located next to the Albert Lea Township Hall; was the South Side Grocery in 1961. The store was owned and operated by Hjalmer B. Johnson at that time. -- Ed Shannon/Albert Lea Tribune

One store’s name may have had a name based on the owner’s nickname. This was Bun’s Cardinal Food Store, 646 Marshall St., listed with the name of H. Bernard Cornick.

Most of the grocery stores listed so far were in buildings that also served as homes for the owners. However, there were several larger free-standing stores that indicated a change was coming for food retailers. Also, several of these stores were affiliated with regional and national firms.

One of these larger free-standing stores stressing self-service with shopping carts and checkout lanes was an outlet for Super Valu and locally owned. This was Boyd and Jacks Inc., owned by Boyd R.F. DeMalignon and Wayne E. Oothoudt and located near the corner of East Clark Street and Bridge Avenue. 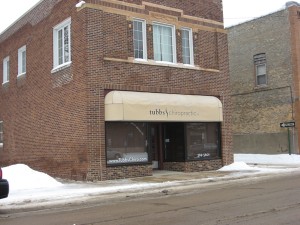 For many years Peter J. Larsen operated the City Fruit Market, 226 W. Clark St. Many of his customers in the 1960s were students from nearby Albert Lea High School. In later years the building has been used for several purposes and is now Tubbs Chiropractic. -- Ed Shannon/Albert Lea Tribune 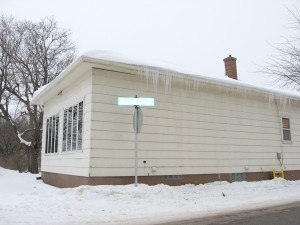 This building at the corner of Lakeview Boulevard and Blackmer Avenue had the rather appropriate name of Lakeview Grocery in 1961. The city directory that year listed the owner as Mrs. Lillian E. Dudley. She lived on nearby Cedar Avenue. -- Ed Shannon/Albert Lea Tribune.com 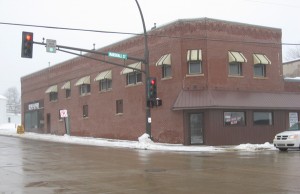 Larson Brothers Food Market was located at the corner of Bridge Avenue and Marshall Street five decades ago. The brothers were listed as Clayton A. and Stanley in the 1961 city directory. In that year the Larson store was one of three groceries in this north side neighborhood. -- Ed Shannon/Albert Lea Tribune