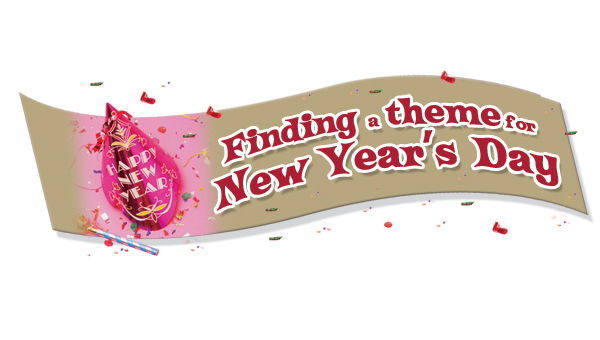 Every American special day on the calendar has one or more themes. For example, the Fourth of July is patriotism and the nation’s flag. Halloween is pumpkins, ghosts, costumes, trick-or-treat and all too much candy. Easter is bunny rabbits, juvenile chickens, eggs and still more candy. Thanksgiving is turkeys and plenty of food. Christmas has both strong religious and secular themes. And, surprisingly, even New Year’s Eve and Day have several themes.

Partial proof for this can be found in a collection of older New Year postcards with penny stamps in the archives of the Freeborn County Historical Museum.

Several details prove that these postcards are about a century old. One is based on the postmarks and another is the use of one cent stamps. Then there’s a card with mistletoe and a calendar for 1911. This tiny calendar, incidentally, is different than the one now being put to use for a brand new year.

An important factor for this change in years is based on the clock and the significant time of midnight that’s shown on several of these postcards.

One predominate theme on other postcards of the past is based on the concept of the new year being depicted as a newly born child. To stress this factor, one of the postcards even features a stork. Still another of these postcards has a child with a polar bear. What the connection is between a white bear and the new year may be based on a now unknown factor.

One of the oddest postcards in this particular collection is the one based on two young children with obvious Dutch ancestry. Just why their version of English should involve confusion between the pronunciation of the letters v and w and the observance of the advent of a new year a century ago may still be hard to comprehend.

Alaskan adventure gets better each year