The funeral service for Orville Paul Slette will be 11 a.m. Monday at Bonnerup Funeral Service Chapel, Albert Lea. The Rev. Don Rose will officiate. Visitation will be one hour before service at the chapel. Interment with military honors will be in the Walters Cemetery, Walters, at a later date. 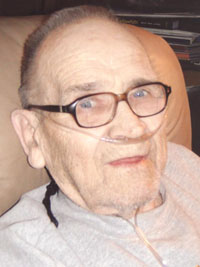 Orville Paul Slette was born Dec. 18, 1927, to Sidney and Minnie (Olsen) Slette in Walters. He was baptized and confirmed in the Faith Lutheran Church and attended elementary school in Walters. After graduating from Kiester High School he attended business school in Minneapolis. In 1945 he enlisted in the Army Air Force at San Antonio, Texas.

Orville was preceded in death by his parents; his son, Loren Slette; and in-laws.

Gone but not forgotten. Blessed be his memory.