Visitation for Richard Edman VanderWaerdt, 68, of Albert Lea, will be held from 4 to 6 p.m. Wednesday at the Bayview/Freeborn Funeral Home. A second visitation will be held at the Anderson Funeral Home in Canton, S.D., on Thursday with interment to follow in the Forest Cemetery in Canton. To sign the guest book, go to www.bayviewfuneral.com. 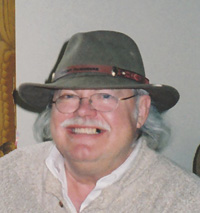 Richard was born March 11, 1942, in Sioux Falls, S.D., the son of Harry and Gladys Edman Thorson VanderWaerdt. He graduated from high school in Canton, S.D., where he was a star athlete in football and track. He attended the University of South Dakota, Vermillion, S.D., where he played football and also obtained his bachelors and masters degrees in education.

He was united in marriage to Lois Lommen in Sioux Falls, S.D., and had two sons: Paul and Michael.

In 1972 he was united in marriage to Nancy Mehlum of Sioux Falls and had one son, Gregg.

Richard began his career as a teacher and coach in Paulina, Iowa. He went on to be a principal in Rock Rapids, Iowa, and then later became a high school principal in Fairmont. He retired while living in Albert Lea.

He enjoyed reading, the commodity market, and watching sports and his hamburger at the Elbow Room.

Richard is survived by his wife, Nancy; his three sons: Paul of San Francisco, Calif., Michael of Parker, Colo., and Gregg of Rochester; grandchildren: Sydney, Mitchell, and Griffin, all of Parker, Colo., and Ethan and Isaac, of Rochester; his sisters: Linda (Dr. Harry) Meyers, Longview, Texas, Julie Rock, Brandon, S.D., Vickie Christensen of Sioux Falls, S.D.; his brothers Roy (Betty) of Worthing, S.D., and Daniel of Canton, S.D., and nieces and nephews.

He was preceded in death by his parents and his sister, Mary Sehr.

Memorials may be directed to Christ Episcopal Church, the Education Foundation of Albert Lea, or the Naeve Health Care Foundation.