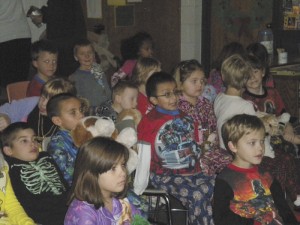 On Dec. 17, first-graders at Halverson Elementary School had a “Polar Express” pajama day. The students and teachers came to the school in their pajamas, robes and slippers. The students enjoyed reading “Polar Express” by Lou Diamond Phillips, making reindeer ornaments, doing marshmallow math and playing pin the nose on Rudolph. Students also hung out on blankets and pillows while reading books. In the afternoon the first-graders enjoyed the movie while drinking hot chocolate with marshmallows. The students want everyone to know they believe. -- Submitted photos 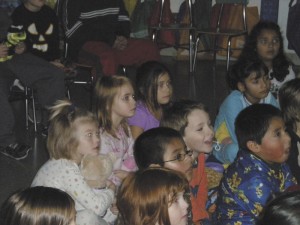 Katelyn Hendrickson, an eighth-grader at Southwest Middle School, won the school-level competition of the National Geographic Bee on Jan. 5. 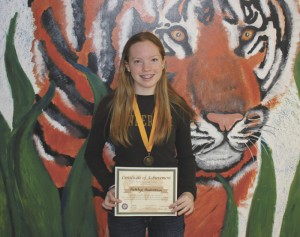 Katelyn Hendrickson poses for a photo with her award after winning the Southwest Middle School Geographic Bee. -- Submitted photo

The kickoff for this year’s bee was the week of Nov. 15, 2010, with thousands of schools in the United States participating. The school winners, including Hendrickson, will now take a written test and up to 100 of the top scores in each state will be eligible to compete in the state bee on April 1.

State champions and teacher-escorts will go on an expense-paid trip to Washington, D.C., to compete in the national bee on May 24 and 25. The first-place national winner will win a $25,000 scholarship, lifetime membership in the National Geographic Society and a trip to the Galapagos Islands. “Jeopardy!” host Alex Trebek will moderate the national finals, which will air on TV.

Drawn to the arts