State of the Union: It’s the economy, again

WASHINGTON — Addressing a demand for economic answers, President Barack Obama will try to convince the American people and a divided Congress that he has a vision for speeding up job creation, promoting spending on the core of his agenda but promising to rein in a growing, staggering debt. His State of the Union address will reflect reality: The economy trumps all.

To a nationwide television audience Tuesday night, Obama will home in on jobs, the issue of most importance to the public and to his hopes for a second term.

Specifically, he will focus on improving the education, innovation and infrastructure of the United States as the way to provide a sounder economic base. He will pair that with calls to reduce the government’s debt — now topping $14 trillion — and reform government. Those five areas will frame the speech, with sprinklings of fresh proposals.

Yet no matter how ambitious Obama’s rhetorical reach, his speech at the halfway point of his term will be viewed in the context of his new political reality.

The midterm elections gave Republicans control of the House and a stronger minority vote in the Senate, meaning he hasn’t the option of pushing through changes over GOP objections. The contrast between the two parties’ visions remains stark, and where to slash spending, and by how much, will drive much of the debate for the rest of 2011. 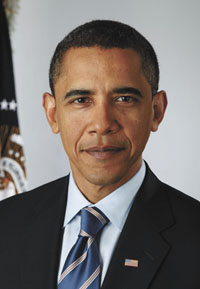 Obama’s speech will come just hours after the House is to vote on setting spending for the rest of the year at 2008, pre-recession levels. That resolution, largely symbolic, would put Republican lawmakers on record in favor of cutting $100 billion from Obama’s budget for the current year, as promised in last year’s campaign.

The president will give nods to American interests around the globe, with a traditional foreign policy section that will cover the wars in Afghanistan and Iraq, terrorism threats and diplomacy. But his primary goal is for those watching to emerge with more confidence about the economy of the country and more clarity about his vision for it.

The atmosphere is expected to be more sober and civil than in recent years.

The speech comes less than three weeks after an assassination attempt on Democratic Rep. Gabrielle Giffords in Tucson, Ariz. She is recovering remarkably well after being shot in the head during a one-man rampage that left six dead. Among those who will sit with first lady Michelle Obama at the president’s speech will be the family of a 9-year-old girl who was killed, an aide to Giffords who rushed to help her at the shooting and trauma surgeons who have treated the wounded lawmaker.

In an attempt at unity following an attack on one of their own, some Democratic and Republican lawmakers will sit together at Obama’s speech. Others have dismissed that idea as superficial. The focus on tone comes a year after Obama’s rebuke of a Supreme Court decision in his State of the Union speech led Justice Samuel Alito to mouth back from the audience, “Not true.”

The timing also means that Obama will be giving his main policy-driven speech of the year in the shadow of his own highly regarded eulogy for the Tucson victims, which served as a call for national unity and civility. That only makes delivering a successful speech now more difficult, said Russell Riley, a presidential scholar at the Miller Center of Public Affairs at the University of Virginia.

“If you want an important speech out of Barack Obama right now, he already gave it,” Riley said, referring to the Arizona memorial on Jan. 12. “What’s going to happen now with the State of the Union is part of the ongoing story of Washington, and it is a significant event in the political calendar. Yet from a historical perspective, they just tend not to make a difference.”

Obama is trying to emphasize economic priorities that can draw both public appeal and enough Republican consideration for at least serious debate.

He will wrap them all under the heading of helping the United States to compete more successfully in the world — a “win the future” rallying cry that Obama’s aides hopes will resonate with both workers and business executives and bind the political parties.

Obama has spoken consistently about investing in energy, education, research and transportation. To Republicans, those are code words for more spending.

But senior adviser Valerie Jarrett said Tuesday morning the administration believes it can embrace “targeted investment” in areas such as education and infrastructure, to create a business environment more conducive to job creation, while simultaneously backing budget cuts.

“At the end of tonight’s speech,” she told NBC’s “Today” show, “I think every American will understand the president is absolutely committed to getting our fiscal house in order.”

Sen. John McCain of Arizona, interviewed on CBS’s “The Early Show,” said he believes Republicans are more serious than Democrats about the need for spending cuts.

Either way, he said, the political establishment in Washington faces “painful changes” in the way the government operates.

Republicans have chosen Rep. Paul Ryan of Wisconsin to deliver the televised response to Obama’s address. He is planning to promote budget cuts as essential to responsible governing, and will speak from the hearing room of the House Budget Committee, which he now chairs.

The president’s aides say Obama will talk about cutting spending too, although the details are less clear. In the background are the politically explosive recommendations of his bipartisan commission on how to trim the debt, such as shrinking Social Security benefits and raising the age of eligibility.

The White House said Obama will not dive deeply into policy or offer a list of ideas. He will be selling a broader message to a skeptical crowd.

In a new Associated Press-GfK poll, more than half of those surveyed disapproved of how Obama has handled the economy, and just 35 percent said it has improved on his watch. Still, the poll revealed a sense of perspective: Three-quarters of those questioned said it is unrealistic to expect noticeable improvements after two years.

The recession that began before Obama took office erased 7.3 million jobs. On the rebound, the economy produced 1.1 million jobs last year, and economists think that figure will roughly double this year. Yet unemployment, now at 9.4 percent, is likely to stay high.

On Monday, Obama was fine-tuning the language of his speech. His radio address over the weekend showed where he was headed.

“We’re living in a new and challenging time in which technology has made competition easier and fiercer than ever before. Countries around the world are upping their game and giving their workers and companies every advantage possible,” the president said. “But that shouldn’t discourage us. Because I know we can win that competition.”