SUV falls through the ice 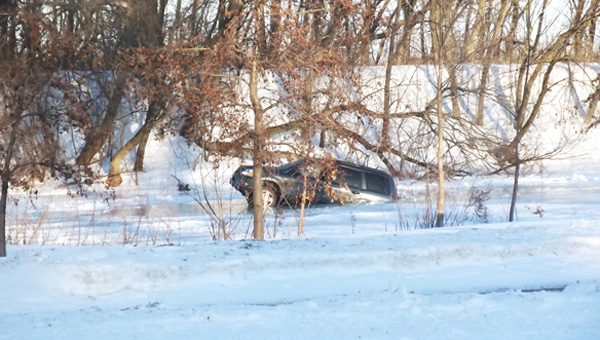 An SUV broke through the ice of Albert Lea Lake on Saturday afternoon.

The Freeborn County Sheriff’s Office responded to the report at 3:50 p.m. Saturday.

According to Detective Supervisor Chuck Malepsy, Jason Panzer and his son were driving on Albert Lea Lake to go ice fishing near Frank Hall Park in Albert Lea. Panzer reportedly drove his Honda Pilot onto the ice from the boat launch, then turned up the channel and went north toward the bridge when the SUV broke through the ice.

Malepsy said the way Panzer drove in is highly unusual, that most people drive toward the lake and instead, panzer turned toward Front Street.

The channel can be more dangerous of a place to drive than the open ice because the current of water after the bridge and under the ice tends to thin the ice.