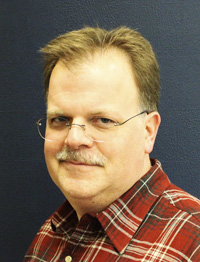 He said he’s been a room parent for both of his kids over the years, and is a member of St. Theodore Catholic Church and the Albert Lea Moose Club.

He’s also been heavily involved with Little League in the past in several different capacities, including coach, treasurer and umpire.

He said he loves the community and appreciates many things he’s experienced here.

This is his first time running for elected office.

To file for the seat, a person must be eligible to vote in Minnesota, be 21 years old at the time he or she would begin in office and have lived in the 1st Ward for at least 30 days before the special general election.

The seat is open after former 1st Ward Councilor Vern Rasmussen accepted an immediate appointment as mayor. He was in the middle of his second term on the City Council when he won the mayoral seat in the November general election.

If more than two people file for the seat, a primary election will be March 15. The special general election is May 3.

Report given on I-90 rollover